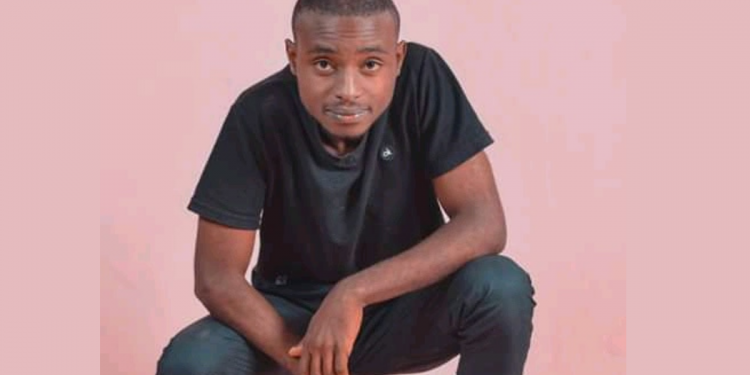 Barely a day after rapper Young LT complained on his Facebook page that he is struggling to get radio plays, yesterday evening he decided to release new track “Hope” without consulting radio DJs.

Hip- hop Gospel artist, Young LT disclosed that he made the decision to avoid unnecessary drama.

“My decision is based on my previous encounters with radio DJs ever since I turned my life to God and switched to Gospel music. Recently I did not appreciate how a couple of Radio Presenters responded to my submissions. They all never had a negative comment on the actual pieces of my music but found some other reasons which I found unnecessary”, he said.

Young LT added: “Still my primary desire is to hear more of gospel music on radios, to shape the minds of the next coming youth. I am just laying back at rest to avoid unnecessary drama, for I know God is not only on the watch but he is on it”.

Young LT whose real name is Albert Mkwanda said “Hope” is his second track of year 2021 and will soon be available on itunes, spotify, deezer, Mikozinet.com, malawi-music, My Squavero App, hungaman. And his first song of year 2021 is Faith.

“I don’t feel being let down. Actually that kind of behavior is letting down the nation and not me. For it is trying to limit the spread of the good word of hope.

“I will still be working even more vigilant as before, recording, shooting videos, shows and I will not stop pitching the media houses for such a godly cause”, he said.

Young LT said song “Hope” explain about having a good knowing that God is with us as we have totally surrendered our lives to him.

He said the song is meant to comfort the believers that someday God will change their lives completely.

“It is a straight message that things will go change from good to better and to the unexplainable and uncomprehendable type of glory, prosperity, honor”, he explained.

Young LT who was once student at Polytechnic, but dropped out, said he came up with the concept of the song spiritually.

He said : “It just came up in my spirit, after looking at what the world is going through: COVID-19 and its effects upon the society and all about life in general”.

The 26 year -old rapper came into limelight with song ” Ushashawu” in 2012, become more famous with track” Pakati Pausiku” and switched to gospel music in 2018.

So far Young LT has recorded almost 10 gospel tracks and currently he is working on a 21 track album titled “IGP” ( In God’s Presence).

Young LT said that he look up to David the Psalmist, the Son of Jesse.

“To me music is not a career as such, it is part of life Just like oxygen, food, and water”, he said.