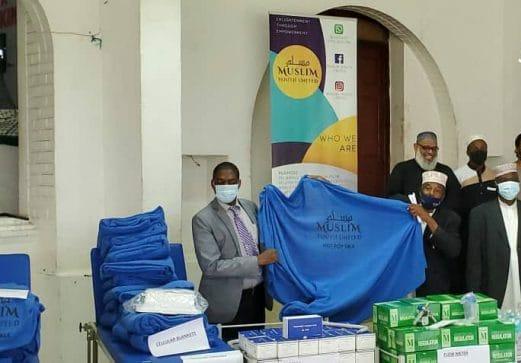 Muslim Association of Malawi (MAM) has challenged Muslim youth to use social media platforms on matters that can transform lives of the vulnerable.

MYU is a grouping of Muslim youth of different professionals and it was formulated from a whatsAp forum.

Speaking during the ceremony, chairperson of Board of Trustees for MAM, Sheikh Ali Kennedy who was the quest on honour, said the youth spend more time on social media on issues that cannot benefit the society.

“MYU has laid a good example that the youth have a big role to contribute to social economic development of the country,” Sheikh Kennedy said.

On his part, one of the founders of MYU, Dr Hussein Twabi, said transparency and accountability have made the grouping to achieve great things.

Dr Twabi also advised the youth to spare their time on issues that can build the image of young people.

Speaking on behalf of QUECH, Gibson Mgwira, said “the donation will go a long way in assisting people suffering from covid 19 pandemic.”

Mgwira therefore commended MYU for the continued support and asked others to come forward.