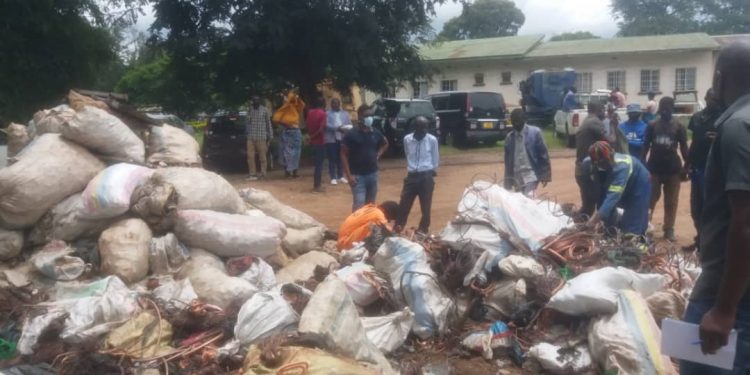 Two people, 36-year old Violet Kalonga and 32-year old Remon Banda, have since been arrested in connection to the matter.

Police on Tuesday got a tip off that one suspect, Kalonga, was loading the cables into a van at her house at Ntchentche Village in Likuni.

Detectives followed up and discovered the van loaded with assorted cables and wires of the two utility companies.

They immediately impounded the vehicle, which was bearing a South African registration number, and brought it over to Lilongwe Police Station.

A search into the van found about 7 tonnes of cables, leading to the arrest of the two suspects who presented themselves to the police.

The duo have since been charged with found in possession of property suspected to have been stolen.

They will appear in court soon.

Kalonga comes from Ntchentche Village, Traditional Authority(T/A) Malili in Lilongwe while Banda is from Chilembwe Village under T/A Kalumbu in the same district.