DPP On Nankhumwa’s neck over violence 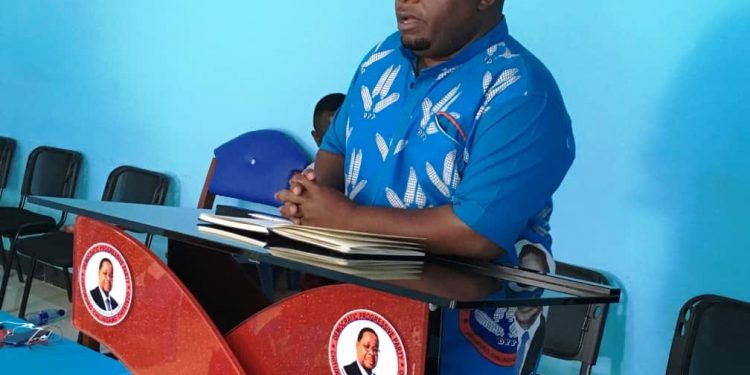 Speaking at the briefing which is taking place in Mangochi alleged that the acts of violence which are happening in the party, are being sponsored by some candidates eyeing the party’s presidency.

Among others, Central Region vice president Zelia Chakale, Region Governor for the South Charles Mchacha, Sheikh Mtenje (Governor for Eastern Region), all directors of youth and women for the party are among those attending the presser.

Chakale has accused some aspirants of dividing the party by perpetrating violence.

They have given the party’s estranged vice president for the South, Kondwani Nankhumwa, seven days to apologize to the party or else Nankhumwa and his team will not be allowed to campaign in their areas.

After the party lost June 23, 2020 fresh elections there have been disagreements as some are calling for the resignation of the party’s president Peter Mutharika.