Mzimba health Center Shot in the arm by an American resident 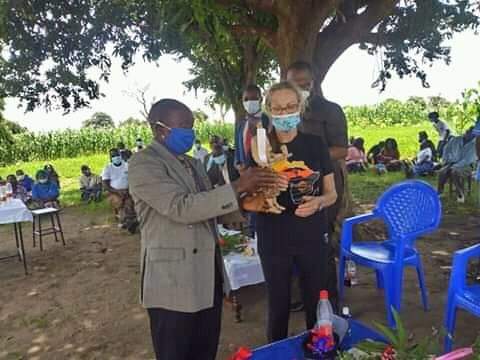 An American citizen Linda Ward, has pumped in K38 million towards the renovation of Kamteteka Health Centre in Mzimba which was in a dilapidated state.

The American has also constructed toilets at the facility and provided a solar powered water source.

Speaking during the handover of the renovated facility and the toilets, District Commissioner for the Mmbelwa District Council Emmanuel Bambe commended the gesture taken by Ward, saying this has complimented government efforts aimed at ensuring that health facilities have conducive environments for both patients and health workers.

Bambe said the toilets will greatly improve WASH services at the facility.

Ward says she also plans to construct a maternity wing and an elementary school at the facility which serves a population of 25,000.