KANDIERO PASSES ON, TO BE LAID TO REST TODAY 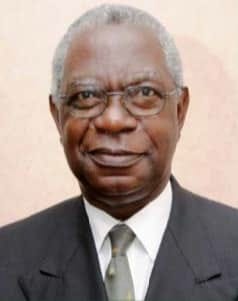 Veteran broadcaster and diplomat, Tony Kandiero has died, aged 81. Kandiero died in Blantyre yesterday after a three-year battle with cancer.

As a broadcaster, Kandiero joined the Malawi Broadcasting Corporation (MBC) in 1965 and served as its General Manager between 1980 and 1988.

According to a profile on MCP web page, Kandiero returned home in 1993 and was assigned to head the Ministry of Foreign Affairs. He was later appointed General Manager of Portland Cement pending retirement from public service in 1995.

He also served as Special Assistant to the then President Dr. Bakili Muluzi. In 2000 he was asked to return to the Foreign Service as Ambassador to the United States of America. On a
non-residential basis, he was also Ambassador to Argentina, Brazil, Colombia and Mexico.

Kandiero also served on several Boards at home and abroad. He will buried at HHI Cemetery. According to an official programme, his body will be taken from College of Medicine mortuary. Thereafter, a church service will be conducted at St Michael and All Angels Church before walking the last mile to HHI.