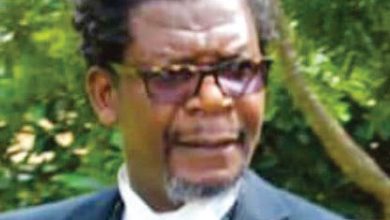 The hands of Malawi President Lazarus Chakwera are tied as he cannot fire Chikosa Silungwe who has been dubbed the ‘people’s attorney general’.

There have been calls for Chakwera to fire Silungwe as some Tonse Alliance supporters accuse him of protecting public officers suspected of being connected to the former ruling Democratic Progressive Party and also supporting two Commissioners of Malawi Electoral Commission who were appointed but the DPP.

But in a press statement issued yesterday, Chikosa Silungwe insists that the president cannot fire him for giving out impartial legal advice.

Silungwe laid out the basis that can have him fired from his position. These, according to the statement, include “incompetence, incapacity and being compromised to give out impartial legal advice”.

“I recognize that the discharge of the mandate of a public office is not self-serving in order to caress the ego of an incumbent. The discharge of such mandate has constitutional underpinnings. These underpinnings are: the interests of the people of Malawi, their trust; and the requirement to uphold an open, accountable, and transparent government – all these – are paramount under Malawi’s constitutional order.

“The Constitution states that the Attorney General may be removed from office by the president only on the grounds of incompetence, incapacity or being compromised in the performance of his duties to the extent that he is no longer able to give impartial legal advice,” said Silungwe.

But in the memo, Silungwe said his opinion, albeit unpopular is impartial advice and in line with the country’s Constitution. He added that he will always stand by the advice he gives to the government.

Silungwe also bashed government officers who leak his opinions on social media saying such conduct is simply silly and immature.

Earlier this week, Silungwe told the Department of Human Resources that it is illegal to interdict public officers without pay. The letter containing his opinion was circulated on social media