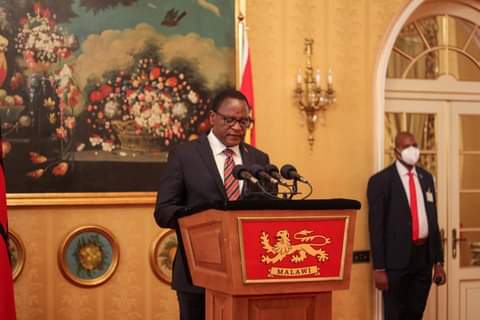 The Presidential Taskforce on COVID-19 is scrutinising submitted reports from various clusters on how the K6.2 billion COVID-19 funds were spent, State House announced in a statement.

This follows President Dr. Chakwera’s directive that controlling officers and heads of departments should detail how their clusters spent the funds. The President warned that ‘heads will roll’ if the findings indicate abuse of funds.

The funds were released last year to help in running various activities to fight the pandemic in the country.

“The President is pleased that the meeting, which he had directed to take place within 48 hours, took place at the 42 hour mark at 2pm on Tuesday, February 9, 2021, with the heads of all 13 clusters present with their expense reports.

“Now that the reports have been duly submitted to the President’s Taskforce on COVID-19, the Taskforce is scrutinizing each report line by line and interrogating the head of each cluster in order to ascertain apparent irregularities,” reads the statement in part.

The statement also says once the President and his Taskforce are done scrutinising the submitted reports, Dr. Chakwera will address the nation regarding his determination on the matter.

Meanwhile, the Malawi leader calls on all Malawians to remain vigilant on this matter until all the funds are accounted for and any abusers thereof are held accountable.