MEDIA FRATERNITY MOURNS AS ROYO IS LAID TO REST 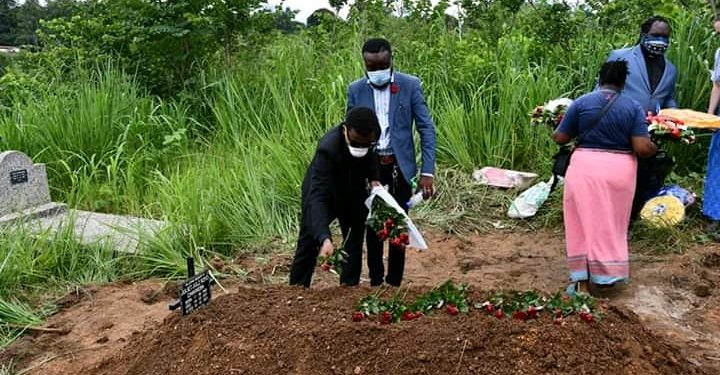 In their eulogies the Chikweba family where Royo was married to said it’s a big loss for she easily integrated in the family.

“yesterday we received good news that Julie has delivered twins and before our celebration could even start that’s when we received information that she has passed on. This is
heartbreaking,” said a family source.

Acting Controller for programmes on Radio 2FM Steve Liwewe Banda says they are saddened by the demise of Royo who was at the peak of her career.

“There’s a sombre mood at at the Office, it’s a story everyone is at pains to believe. She was a broadcaster in her own class and
such rare talent is hard to replace.
We are devastated,” said Banda.

One of her work colleagues Joy Nathu said in Royo was a
positive spirit to work and she was an inspiration to many.
“There are many people who like complaining but not with Juliet.

She never complained even it it means over working her she maintained her cool and if you are taking over a shift from her she would leave you in the studio on a positive note,” said Nathu.

MBC acting Director General Aiden Gumeni has described
Royo as “One of the best radio personalities the Corporation has ever had.”

Royo used to present the Breakfast Show, Lunch Time Listening and Sunset Drive. She is also the brain behind a programme called Spotlight.
Born 30 years ago Royo has left a husband and twin babies.

She passed on Thursday evening at the Queen Elizabeth
Central Hospital in Blantyre.