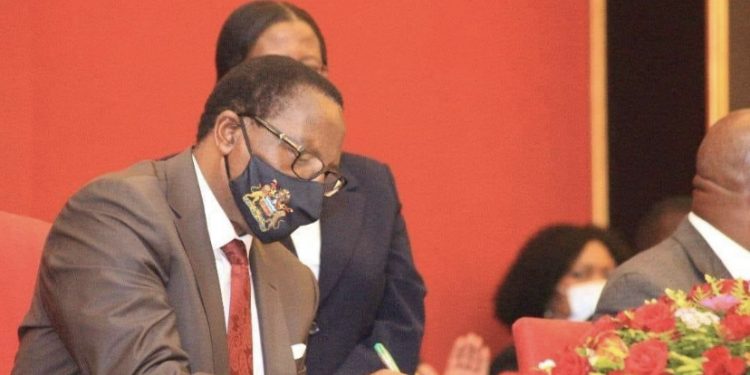 President Dr. Lazarus Chakwera will will tomorrow join other African Heads of State and Government in a virtual 34th Ordinary Session of the Assembly of the African Union.

Minister of Foreign Affairs and International Cooperation Eisenhower Mkaka confirmed of the development in a statement made available to Malawi Metro.

“The Ministry of Foreign Affairs wishes to inform the general public that His Excellency Dr. Lazarus Chakwera, President of the Republic of Malawi,will attend the virtual 34 Ordinary Session of the Assembly of the African Union which will be held from the 6th to 7th of February 2021,” reads in part the statement.

The Summit will be held under the theme “Arts, culture and Heritage: Levers for Building on the Africa We Want”.