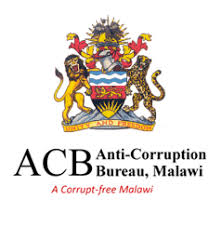 On December 23 2020, Billy Mayaya wrote the ACB, alleging that More, an Indian investor, called him to facilitate a reversal of his (More’s) immigration status following his deportation from the country.

In a written response on Wednesday, ACB principal public relations officer Egrita Ndala attributed the delays in starting the investigations to the Covid-19 pandemic which has affected the work routine at the bureau.

She said: “Note that the bureau, too, is observing Covid-19 preventive guidelines which, among other things, include working in shifts and minimised contact. This is affecting the normal way of operating.” However, Ndala said the complaint, which was reported by Mayaya himself, is currently being processed.

In the letter, Mayaya alleged that More sent him a WhatsApp text message on December 22 2020 seeking to be connected to Chimwendo Banda to reverse the deportation status.

Wrote Mayaya: “On the next conversation, he called me where I then pretended to be with the minister although I was alone. He was brazen enough to offer a payment of K60 000 000 for a reversal of his prohibitive immigration status.
“This amount would be given in equal instalments of K30 000 000 with the first given to me and the other half given to the minister.”

When contacted on Tuesday, Mayaya, who is also Human Rights Defenders Coalition (HRDC) executive member, said since he had left the matter with the ACB, it is out of his hands as the buruea is in a better position to deal with it.
“I left the issue with ACB to make the necessary probe into the matter as they are constitutionally mandated to carry out investigations into such matters,” said Mayaya.

While applauding Mayaya for reporting the alleged bribery attempts to the ACB, Chimwendo Banda, in an earlier interview with The Nation, distanced himself from More, saying he has never been in contact with him.

“He [Mayaya] has shown how patriotic he is and this is what we need for Malawians to do because corruption is not a one-man’s fight, but rather, a collective action,” he said.
Meanwhile, the HRDC has asked the ACB to speed up prosecution of some corruption related cases, including the More alleged bribery attempts.

In a letter signed by HRDC chairperson Gift Trapence and national coordinator Luke Tembo to the ACB, they urge the graft-busting body to speed up prosecution of corruption-related cases, including the More alleged bribery attempts.

Reads the letter in part: “Equally important is the progress of the case of Shekhar More for his alleged attempt to corrupt an HRDC official.”

In a written response last evening, Trapence said HRDC wants speed on outstanding cases in terms of investigations and prosecutions.
He said: “It is high time ACB lives to Malawians expectations.

The government channelled enough resources to the institution so as to deliver in the fight against corruption.”