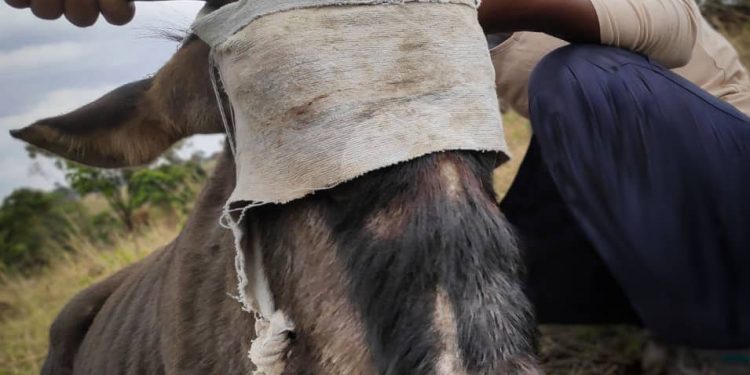 0
SHARES
69
VIEWS
Share on FacebookShare on TwitterShare on Whatsapp

After many university graduates always rush for the obvious courses after completion of their Secondary School education, Dr Muona Deleza and Love Chikondi Kaona have a different success story to share in the field of Veterinary Medicine.

The two are graduates from the Lilongwe University of Agriculture and Natural Resources in 2019.

They also happen to be the only two women of the twelve Students who received degrees from (LUANAR).

Dr Deleza joined the Mission of Rabies team in Blantyre as a Clinical Veterinarian Malawi while Dr Kaona supported the translocation of 12 Zebras and 16 water bucks to Kasungu National Park.

The project is part of a huge team effort between Department of National Parks and Wildlife, Agricane, IFAW, and Kuti Wildlife Reserve. The mission has only three wildlife licensed vets to practice in Malawi.

The effort aims at growing the country’s wildlife veterinary capacity and also helps make historic translocations such as this this is possible.

As the saying goes there’s no Sweet the two role models for the young people shared their humble beginnings on how their journey to their success.

“I am 27,last born in a family of 11 and my birthday comes on June 26. after my Dad suffered stroke, my Mother was pregnant for me.
His health condition forced for his early retirement which made Mum to struggle with our upbringing,” Kaona explained.

During this period she experienced many disturbing challenges such as going to school on an empty stomach,walking barefooted, having no school uniform among them.

She further explained that her elder sibling came to her rescue after becoming independent by sending her to a good Private School during secondary school a development that helped her to focus much on her Studies.

“I was scolded by some of my friends and community members because during that period, upon reaching the age of 20 a girl was supposed to be married”. She lamented.

The major stumble hit when she lost her Parents and a Sister but regardless of all major set backs she singled out her Siblings, friends and boyfriend to be the ones that inspired her never to look back until she go selected to persuade a degree in Veterinary Medicine at (LUANAR).

On her part 25 years old Dr Muona Deleza who is a second born child in a family of seven children, four boys and three girls explained that she grew up with her mother a Medical Doctor and a father who was a business man.

“One of the major challenges I experienced was changing of schools due to my Mother’s nature of job which oftenly disrupted my school” she explained.

“I was later sent to a boarding school when i was still at primary school at St Anthony Primary which helped me generate more interest in my Studies” she concluded.

Muona said she owes her success to her ever loving parents especially her encouraging and inspiring mother, Brothers and Sisters. 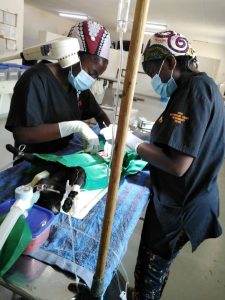