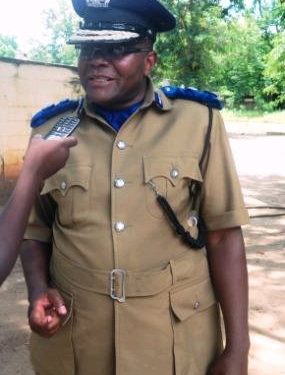 The announcement has irked most police officers and seen as nepotism at its best.

Mrs Kainja was among seven officers that were promoted to the rank of deputy Commissioner on January 15, 2021 but communication about the promotions came on January 20, 2021.

The communication al promotions of Demister Chigwenembe and Mrs. Merlyne Yolamu as deputy Inspectors General for operations and administration respectively.

Although the communication was sent on January 20, 2021, the promotions were with effect from January 15, 2021.

Barely four days after these free promotions, Kainja issued communication on January 19, 2021 to the Malawi Police Service advising that any officer who wants a promotion should sit and pass examinations first.
“Grateful. Be informed that from now onwards all members of the Malawi Police Service will be required to write Service Standing Orders examinations and Government Law examinations as a prerequisite for promotion to the next rank,” reads the communication with reference C/89/82 and dated January 19, 2021.

According to the communication, only relevant sections of Service Standing Orders will be examined twice every year thus in June and December.

“Every officer is encouraged to sit for examinations except those already sat and passed the examinations before. Further to that, all police officers are encouraged to arrange with SDI Mpemba on the sitting of Government Law examinations. Treat matter important,” reads the communication.

“It is clear that this is nepotism. The IG wanted to promote his wife first before putting tough measures to the rest of the police service. Why subject officers to examinations? He is forgetting that police is more operational than boardroom work,” cried one officer in Blantyre.

Police spokesperson James Kadadzera was not available for comment.