Land disputes a major set back to Community development 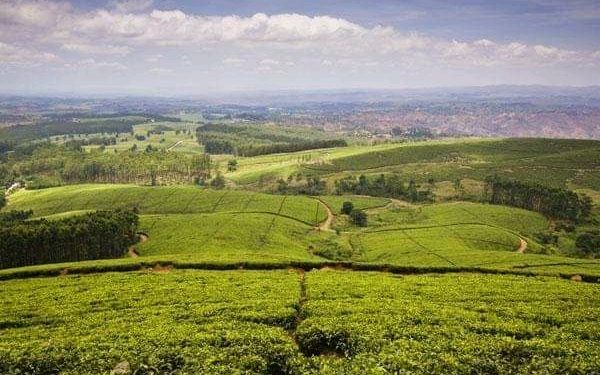 0
SHARES
67
VIEWS
Share on FacebookShare on TwitterShare on Whatsapp

Issues of land distribution and dispute is one of the major challenges that has left people in many parts of Malawi divided as Land plays an important role in settlement of people.

One of the mostly affected districts of Malawi is Thyolo where 85 percent of the land is occupied by tea estates and people are left with less fertile stony land for subsistence farming resulting into poor yields and food shortages.

Most of these people are casual labour’s for the Tea Estates and the other challenge is also lack of having enough time to concentrate on their farms.

The majority of these poor and desperate farmers are Women who are oftenly hired as tea pluckers for the huge estates.

People of Thyolo district have been trying hard to ask government for consideration on issues of land re-allocation in those tea estates but the efforts are given less attention as the estate owners are the legally recognized lease holders as stipulated in the land law of Malawi.

The misunderstandings led to a revolution of the people under the leadership of on Vincent Wandale who formed People’s Land Organization ( PLO).

Wandale pushed estate owners to surrender part of their land portions to ordinary people for farming and cultivation of their own food but alas.

In an interview Wandale quizzed the previous governments logic in giving such huge amounts of land to Commercials farmers forgetting about the poor communities who are virtually legible citizens of the land.

“I call upon all people of Thyolo to hold hands and never give up in this fight of land reclamation as the land rightfully belongs to them” Wandale stressed.

“I feel much pity for women Widows who are helplessly struggling to have enough food in their own homes as they are only left with infertile land for farming as these estate owners are left with a Lion share” he further explained.

Stories of Women and land acquisitions are a big problem to Malawi as a sovereign state. Men are regarded as rightful Land inheritors as women are given no power on land ownership.

This has been a norn until recently when the government passed on a Land bill where women are given an opportunity to own land without interventions from men.

This was done as a way of empowering women to allow them farm or develop their own land and also to have an equal share of land portions with men.

The Law is however yet to come to pass as a bill inacted in the laws of the country through it has taken decades for it to be implemented.

Minister of Lands Kezzie Msukwa said government is very concerned with the land disputed situation the country is currently experiencing and and attributed the challenges to the pre colonial era and the laws were never revisited.

“We deem to make big changes in land deeds and acquisitions as a government has passion for its people’s development” he promised.

Meanwhile Chiefs and traditional authorities have been encouraged to empower women by giving them land as they also qualify to also be rightfull owners.