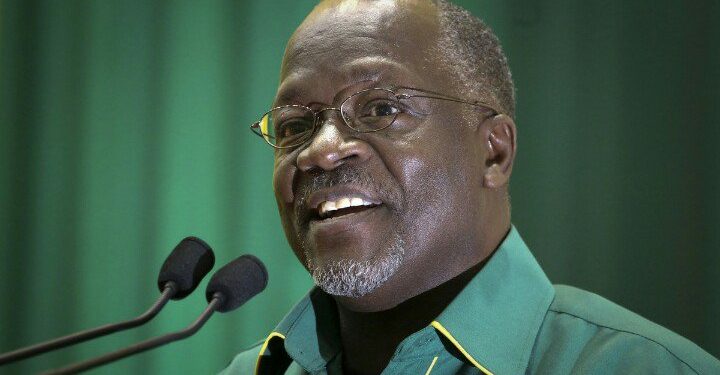 The president of Tanzania, John Pombe Magufuli had earlier on brought in a lot of attention from many on how he handled the deadly disease, covid-19.

His move shocked the whole world with his claims that Tanzania is safe from the disease and even went ahead to say that there was no corona in the country.

Reports have now emerged that the president was not saying the truth but lying to the world that Tanzania has no Covid-19 patients yet people are dying over the cases of covid-19.

These reports emerge after some Tanzanian politicians who claimed not to be afraid of telling nothing but the truth concerning the covid-19 situation in Tanzania.

According to a recent tweet from, one of the free most outspoken politician who is from the opposition party has called out President Pombe Magufuli as a president who is poorly managing the coronavirus in the country. The politician went ahead to call upon all the doctors in the country to come together and speak out because many of the Tanzanians are dying of the disease and nothing has been said about this.

“President John Magufuli administration handling of COVID-19 is shameful crime against humanity with devastating effects to lives and economy and mislead citizens are dying” he lamented.

“Medics and World Health Organization (WHO) uphold your oath and raise up against this tyranny.” This is how the tweet read on his account.