No judgement date yet in Masambuka murder case 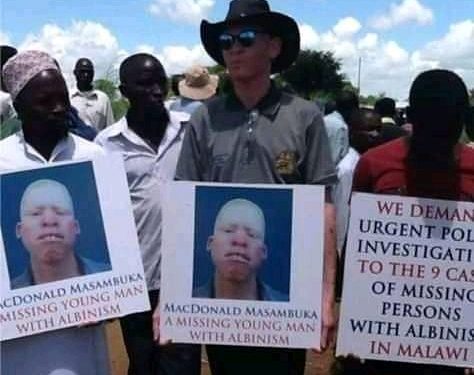 10 months after final submissions in the murder case of a 22-year-old person with albinism, MacDonald Masambuka, the High Court is yet to set a date for judgement.

12 men were found with cases to answer in connection with the abduction, killing and mutilation of Masambuka’s body in 2018 in Machinga District.

In an interview With Malawi Metro on Tuesday, High Court and Malawi Supreme Court of Appeal registrar Gladys Chirwa said the court is yet to come up with the date as the presiding judge, Justice Dorothy NyaKaunda Kamanga is writing the judgement.

“It is tricky to have a picture as to when will the judgment be ready,” said Justice NyaKaunda.

Prime suspect, Alfred Yohane and Chileka told the High Court that they were hired by former President Peter Mutharika and his aide Dr Hetherwick Ntaba, to look for bones of people with albinism.

Yohane told the court that he killed Masambuka with support from three other accomplices.