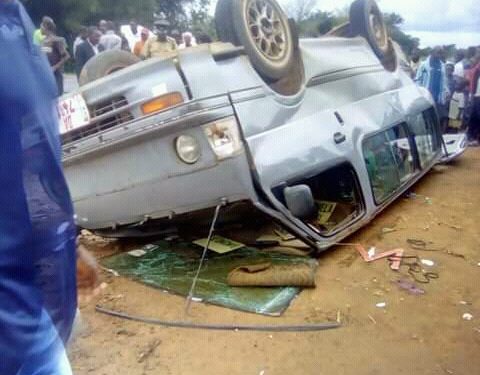 Four people have been injured after a motor vehicle they were travelling in overturned on the Mponela -Lilongwe M1 road in Dowa district.

Dowa police spokesperson, Gladson M’bumpha, says the driver, Snowden Chimenya, sought to overtake another vehicle when he lost control and his vehicle swerved forcing it to overturn.

Of the four injured, one has been referred to Kamuzu Central Hospital in Lilongwe while the other three are being treated at Lumbadzi Health Centre.

The Police has warned drivers to avoid overspending and observation of road signs to avoid these accidents.

They further observed that some of these are preventable if drivers observe strict adherence to traffic rules and avoid drinking and drive as it has been I’m most cases where drivers are oftenly drunk from weekend partying.

Last year the country registered more than one thousand deaths from road accidents the highest to be recorded since 2010 a development with government said was worrisome especially considering innocent passengers or pedestrians oftenly victims of such accidents.