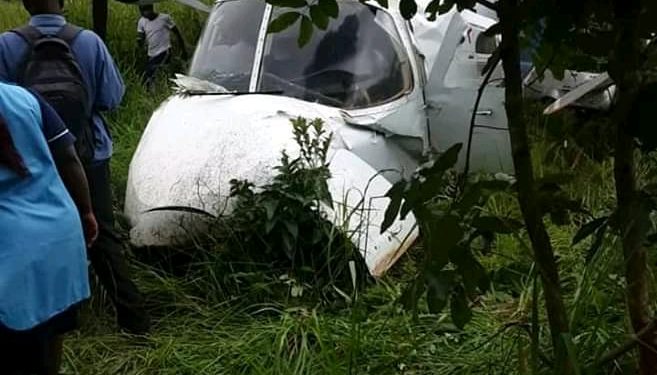 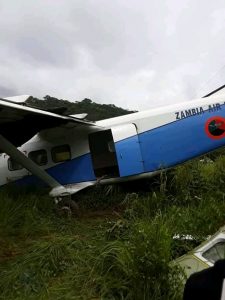 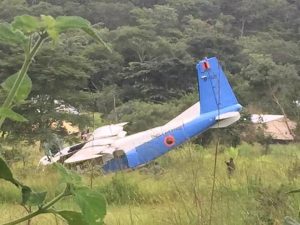 The incident happened today around 08:00 hours.

North Western Province Commissioner of police Joe Njase who confirmed the development.
Mr Njase explained that the mishap happened after the aircraft slipped off the runway due to wet grass and poor weather condition.

He said the five sitter aircraft was taking five 210 litre drums of fuel to Mukinge mission hospital from Lusaka.

He revealed that the aircraft has a shattered front window screen and a damaged front nose.