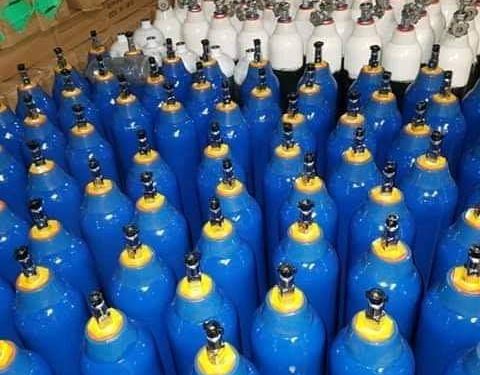 Government has launched an investigation into reports that some health workers at Kamuzu Central Hospital in Lilongwe are selling oxygen cylinders to some people for their personal use at home.

Recently, the social media has been awash with reports that some health workers at Kamuzu Central Hospital are stealing the cylinders for trade.

While confirming receiving such complaints, Khumbize Chiponda, Minister of Health, has told MIJ Online that in , they have started investigating the matter.

Chiponda has since described the conduct as unfortunate since the cylinders are arleady inadequate in the country.

With this, she has asked Malawians to embrace the spirit of patriotism saying such malpractices should not been condoned and must be reported.

“This is a period of need and as such we need collective support in fighting against the pandemic which has affected the country. We have now started to go to the bottom of such reports” said Chiponda.

So far, there are about 11 thousand active infections with the numbers increasing each and everyday.

Other rumours are also saying Covid 19 patients are asked to pay a certain higher amount of money to access the oxygen at some referral hospitals.

Many stakeholders have joined hands with government to having oxygen making machine planted in some major hospitals with one already planted at the Kamuzu Central hospital in Lilongwe.

The same system is expected to be planted in Zomba, Blantyre, Mzuzu and other hospitals which might assist the Covid patients as oxygen is said to be one of the most essential ingredient in treatment if the virus.