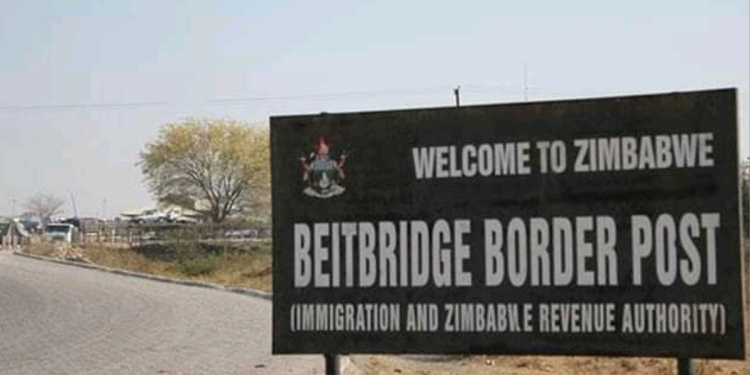 Beitbridge authorities are investigating a case in which 23 Malawian border jumpers disappeared from Beitbridge main police station while awaiting transportation to Harare pending deportation to their country.

Two of the immigrants are reported to have tested positive for the Covid-19 condition.

It is reported that two were busted by the police as they sought to illegally leave the country on Monday morning at around 4 AM.

The group had allegedly entered the country illegally and were in transit to South Africa when they were arrested on a footpath near the old border post offices.

A security source said following their arrest they were charged for exit by evasion under the immigration act.

“They were taken to court, where they appeared before Miss Vavariro Nhau who warned, cautioned and released them to immigration authorities for further management.

After which, arrangements were made that they are kept at the main police station pending transportation to Harare. The International Organisation for Migration (IOM) sponsored their transportation under the regional facility for stranded migrants,” said the source.

The official said when a Zupco bus arrived in Beitbridge on Thursday, it was discovered that all the migrants had absconded.

The police officer commanding Beitbridge, Chief Superintendent Tichaona Nyongo, and the Assistant Regional Immigration officer in charge of Beitbridge, Mr Nqobile Ncube could not be reached for comment.

One of the escapees was intercepted by security agents as he sought transport to Malawi at the closed Dulivadzimu Long-distance Bus Terminus.

His accomplice could not be found.

The two are part of 41 Malawians who were intercepted by security agents on patrol after skipping the border from South Africa.

The group was intercepted while seeking transport to Malawi at a local truck stop.

After interception they were taken for profiling and screening where seven men and one woman tested positive and were put into isolation.

The woman has a minor child who tested negative and the immigrants were put into isolation pending further PCR tests, while 32 were transferred to Harare pending repatriation to Malawi.