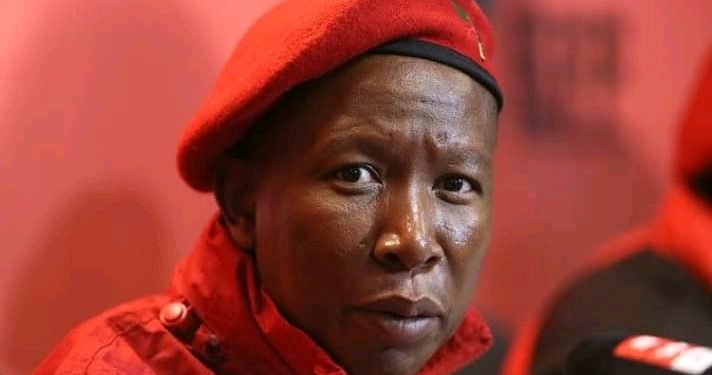 The people of South Africa are on social media criticizing Julius Malema along with the Economic Freedom Fighters.

It appears that many people are not siding with Julius Malema because of this one reason.

The Economic Freedom Fighters were urging the president of South Africa to open up the borders for foreigners who have been trying to find their way back to South Africa ever since they traveled during the festive season.

Julius Malema once said he will not put South Africa first but he will put Africa first. That statement alone caused tension in the country with the people of South Africa stating that the EFF is trying to give South Africa away to African foreigners who are also jobless and struggling.

Citizens are saying that this people will come and take their jobs then they get to suffer in their country. Some citizens are urging Julius Malema to wake up and fight for South Africa first before he fights for the continent.

An example was made, of the famous Libyan leader Muammar Gaddafi who considered the people of Libya before fighting for the whole continent.