by Chaweya Mzembe
in Health, Lifestyle
0 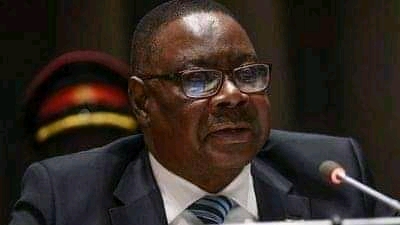 In a brief Facebook post, Mutharika has urged Malawians to wash hands, mask up and avoid crowded places. His call has come at a time that Malawi has been witnessing a rise in Covid-19 cases with the new highly infectious strain said to be on the loose in Malawi.

Meanwhile the Lazarus Chakwera led government has announced measures meant at curbing the spread of the virus.

The President however has conspicuously missed on making any comments on the virus.

Ever since  the second wave of the disease swept, both Chakwera and his Vice President Saulos Chilima have not appeared in public to make comments on the same.

Their absence has prompted people to wonder where the national leadership, well known for its obsession with public appearances, has gone to.

A political commentator who did not wish to be named described the silence from the executive heads as worrisome.

“There’s so much uncertainty and anxiety over this wave. Schools, parents are concerned that they will be closed again. People are also afraid for their jobs, we need to hear some assuring words from our head,” the commentator said.