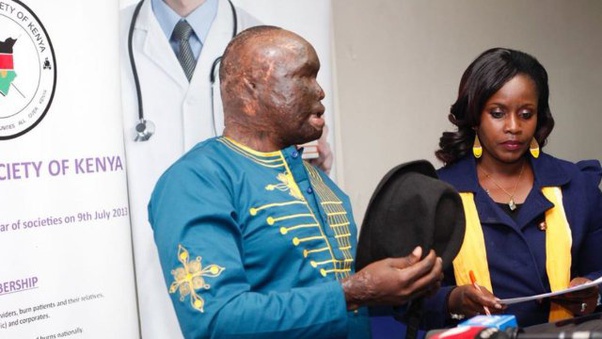 The man in the picture is Dan Shisia Matakhaya, a 31 year-old Kenyan police officer.

He was not born with this frightening appearance. What you see is the result of a normal argument he had with his wife.

One day, Matakhaya and his wife disagreed about a house issue. He considered it as a normal argument and later on that day, he left for work. He had a night shift so he came back home the day after, at 05:30 am.

As he had been working all the night, he went straight to the bed to sleep.

This is the moment his wife chose to comfe and pour acid solution on his face. Then she ran away. But it was not enough for her to spoil his face, she also acted so that he couldn’t escape the bedroom. She had poured water on the floor and connected it to electricity. As soon as Matakhaya stepped on the floor, he felt the electric shock.

As he was screaming, his neighbouring workmates came and found him in his despair. They took him to hospital. His life was saved, but unfortunately not his eyes. Now he is permanently blind.

His wife was firstly arrested, then they released her later on bail. Matakhaya forgave her for what happened but he said he is not going to abandon charge against her. He only met her at the court and all she said was that she doesn’t know why she did so. So silly!

Matakhaya learnt Braille and passed a bachelor’s degree in criminology. He struggles day after day to get along with his new life. And he wants to be a figure and a leader in the fight against domestic violence.

This is how a random conversation with a slight disagreement can lead to tragedy. Now a young man’s future becomes a permanent struggle because someone could not manage her temper. Sad. 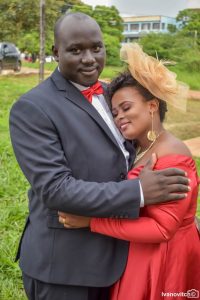 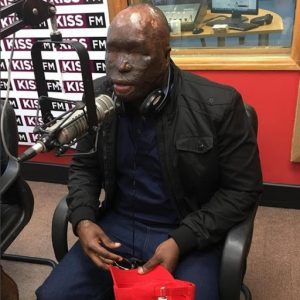