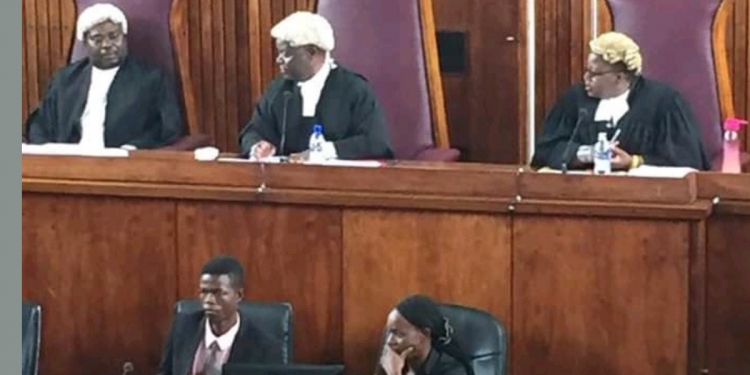 The Lilongwe Principal Resident Magistrate has nullified bail
conditions for former senior officials Vuwa Kaunda, Charles
Mchacha, Lloyd Muhara and Bright Kumwembe in a case in which the four are answering a charge on the illegal sale of
government land.

“It is against the Law to begin proceedings of a case without
written consent from the Director of Public Prosecution”, said
Principal Resident Magistrate Viva Nyimba when he delivered his ruling on Thursday morning.

Nyimba further determined that the State should file a new charge sheet for offense under penal code, which includes
using insulting words and neglect of public office.

Meanwhile, ACB lawyer Victor Chiwala has expressed
dissatisfaction with the ruling.
“We did not agree with the court that we scrap off the charges
because some of the accused are answering cases that do not require the DPP’s consent”, he argued.

The case has since been adjourned to February 3. It is
expected that the ACB will amend its charge sheet for the
accused four.

The four are answering charges bordering on sale of
Government land belonging to Kanjedza Forest in Blantyre.