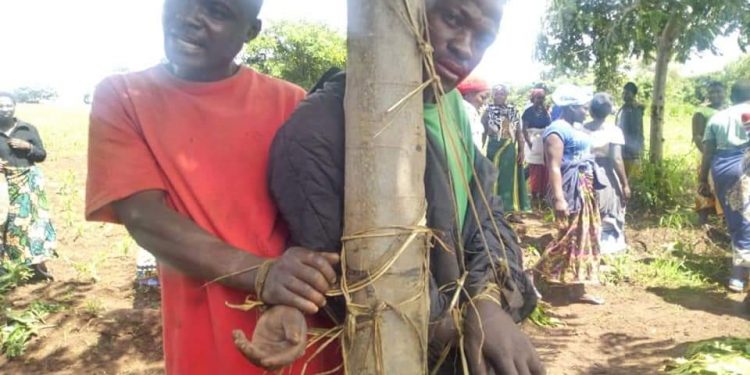 During a funeral ceremony in Dowa today two men were bound to tree after they were found drinking beer whilst the community mourned a departed grand-mother.

Village headman Kakonkhwe told Metro Online that the action was meant to be a lesson to people who go out drinking while others mourn their dead.

The two were bound to trees for close to six hours from the funeral house to the graveyard.

The incident took place in Kakonkhwe Village in the area of TA Msakambewa in Dowa district.