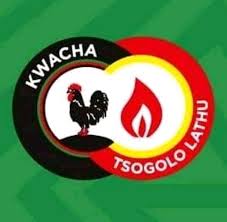 0
SHARES
87
VIEWS
Share on FacebookShare on TwitterShare on Whatsapp

President Lazarus Chakwera made the remarks on Thursday in a New Year Message to Malawians which was aired on the public broadcaster.

In his address, Chakwera outlined the achievements which his administration accomplished in 2020.

The Malawi leader mentioned the Affordable Inputs Programme (AIP) which he said has reached over 2.7 million farmers with a total of over 5 million bags of cheap fertilizer.

He added that his administration has fired principal secretaries and directors in the civil service as part of a project to clear the ruble.

He promised that the project will continue in a methodical fashion that balances public demands with public interest.

Chakwera further said that government managed the prevention of Covid-19 to minimize deaths and disruptions to the economy.

Another achievement Chakwera mentioned is the increasing of funding to the Anti-Corruption Bureau and making it fully independent to investigate and prosecute corruption cases.

The Malawi leader also mentioned the removal of income tax for everyone earning less than K100,000 per month.

“This has released K43 billion into the pockets of workers and beginning this January low earning workers will enjoy an increase in minimum wage from K35,000 to K50,000,” said Chakwera.

He further said that his government secured agreements with South Africa and Tanzania, commenced construction of houses for security agencies and secured serious investment interest from countries such as Saudi Arabia, United States, United Kingdom and Russia.

He said: “The number of jobs coming to Malawi in the new year through these investors, is such an exciting prospect for our talented youth population.”