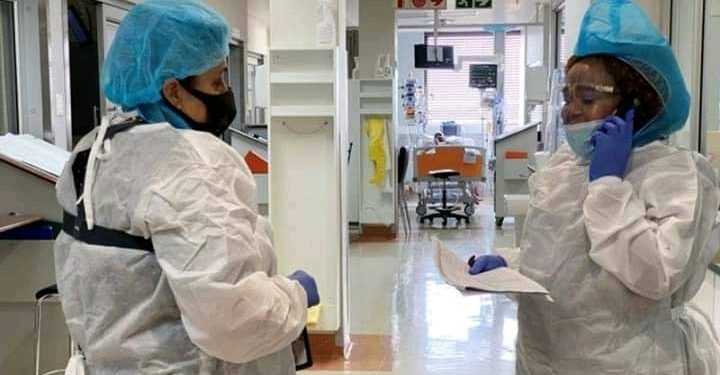 South Africa has become the first country on the continent to register more than one million Covid-19 cases.

It comes just days after authorities confirmed that a new, faster-spreading, coronavirus variant had been detected.

Some hospitals and medical centres have reported a huge rise in admissions, putting a heavy strain on resources.

The latest milestone was announced on Sunday by South Africa’s Health Minister, Zweli Mkhize. The country has now confirmed 1,004,413 Covid-19 infections and 26,735 deaths since the outbreak began in March.

Last week, South Africa recorded a daily average of 11,700 new infections – a rise of 39% on the previous week – and from Wednesday to Friday, the daily number of new cases was above 14,000.

A new coronavirus variant – known as 501.V2 – is believed to be driving the surge in infections. It was identified by a network of South African scientists in the Eastern Cape province and then rapidly spread to other parts of the country.

Earlier this week, the UK banned travel from South Africa because of the new variant. Another new Covid variant has already been detected in the UK, although they have evolved separately.

Both have a mutation – called N501Y – which is in a crucial part of the virus that it uses to infect the body’s cells, but appear unrelated to each other.