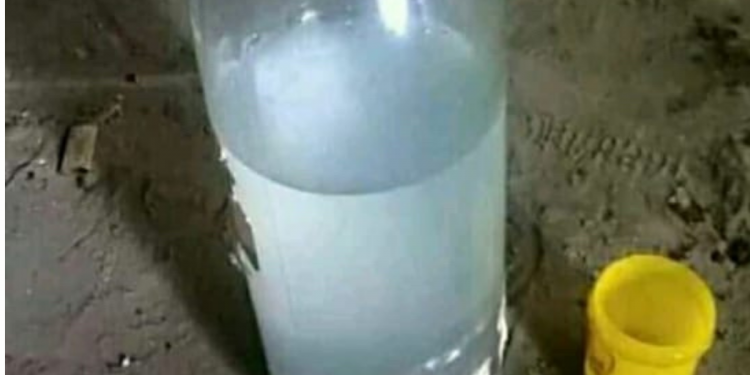 A 39 year old man in Mponela, Dowa, has died suddenly after excessive kachasu beer drinking on an empty stomach.

The deceased has been identified as Petro Kamanga 39, of M’buta village in the area of Traditional Authority Kayembe in Dowa District.

The incident occurred during the night of December 25 – 26,2020 at Nambuma Trading Centre.

According to the deceased brother, Kamanga was a well known drunkard.On December 25,2020 during daytime he was last seen drinking the said locally brewed beer(Kachasu) at Nambuma trading centre . He left the drinking joint and reported back home at around 18:00 hours whilst he was fully drunk.

As soon as he arrived home , he collapsed and he was taken to his bed room .

The deceased brother alerted his relatives and later reported the matter to Nambuma Police Unit.

Detective officers accompanied by a medical personnel visited the scene. The body was viewed and death was revealed as due to excessive alcohol consumption on an empty stomach ( hypoglycemia).

Police therefore wish to advise all drunkards to avoid attempting risky undertakings and taking too much alcohol on an empty stomach.