Chakwera and Mutharika meet at the former’s residence 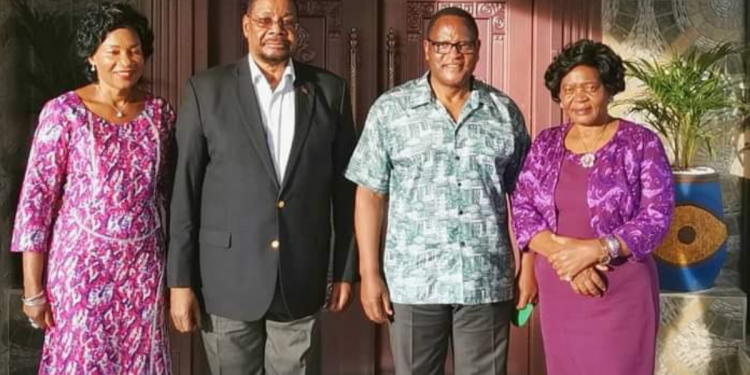 Presidential Press Secretary, Brian Banda confirmed to our reporters that the visit was a courtesy call during this festive season.

Banda said Chakwera delivered a goodwill message and gave him (Mutharika) some seasonal greetings and gifts.

“Yes its true that on this final Sunday of the Year 2020, it has pleased the President of the Republic of Malawi, His Excellency Dr. Lazarus McCarthy Chakwera to visit Prof. Arthur Peter Mutharika, and Former First Lady, Madame Gertrude Mutharika, at their home in Mangochi, and to bring them gifts of solidarity and compliments of the season,”  said Banda.

The country was bitterly divided in the run-up to this week’s election.

It is the second African nation to annul a presidential election over irregularities, after Kenya.