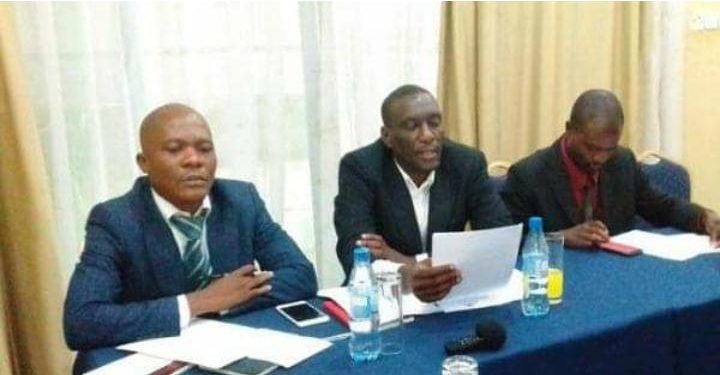 CDEDI has taken a swipe at Banda for keeping quiet on the leaked audit in social media on Dr. Kabambe’s salary.

The grouping has questioned the legality of the audit firm Deliotte reporting directly to him instead of the Central Bank board.

Addressing the news conference in the capital Lilongwe on Monday, December 28, 2020 CDEDI Executive Director Sylvester Namiwa therefore demanded, “Banda’s office to issue a statement to give the general public accurate information or risk being labelled as an accomplice in all this”

Namiwa questions, “The reason why the auditors are reporting to you directly as the RBM Governor, when the standard governance practices demand that the Chief Internal Auditor (CIA) oversees the audit process and reports directly to the Board;

“Prove us wrong that politics has taken centre stage at the RBM since information is being leaked while the external auditor is doing their job.”

He added, “CDEDI is looking forward to hearing from you, sir, in the next seven days on the issues that have been raised in this letter. You may also wish to know that this matter has attracted huge public interest and anxiety on whether or not the man at the helm of the monetary policy has the required integrity, competency and trust to steer the ship to safe waters or sink the same.

There was no immediate reaction of the Central Bank Governor Banda on CDEDI petition.