TWO DIE IN A ROAD ACCIDENT IN MANGOCHI 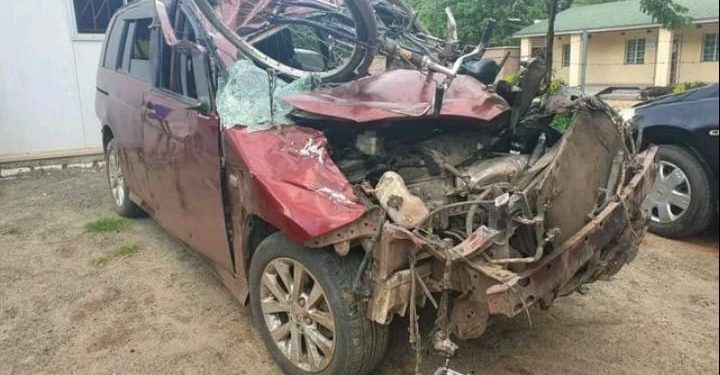 0
SHARES
78
VIEWS
Share on FacebookShare on TwitterShare on Whatsapp

While people are celebrating the birth of Jesus Christ (Christmas), two people have died after a motor vehicle hit the bicycle in course of overtaking it in Mangochi.

The first deceased was a pillion passenger and has been identified as Evarina Lakisi, 45, from Mpinganjira Village, Traditional Authority Mponda in Mangochi while the second one was a passenger in the motor vehicle and has not yet been identified by relatives.

The tragedy happened during the morning of this Christmas day at Mpima Forest.

The Toyota Isis hatchback registration number BLK5045 was being driven by Chifundo Uladi, 25, from the direction of Liwonde heading towards Mangochi Boma with two passengers on board.

Upon arrival at the said forest, due to over speeding, the driver lost control of the motor vehicle and swerved to the near side of the road where he hit a pedal cyclist before hitting a tree.

The cyclist carried a pillion passenger and was heading to the same direction.

Following the impact, the unknown passenger and the pillion passenger sustained severe head injuries and were both pronounced dead upon arrival at Mangochi District Hospital.

In the meantime, the driver is admitted at the hospital where he is receiving treatment after sustaining head injuries.

The dead body of the unidentified passenger is being kept at Mangochi mortuary waiting to be identified by relatives.

Meanwhile, police are appealing to people to contact the nearest police or visit Mangochi District Hospital mortuary through Mangochi police if they are missing a relative.

Additionally, police in the district are appealing to drivers to always follow road safety measures to avoid accidents.