Police ready to enforce security during the Christmas eve period 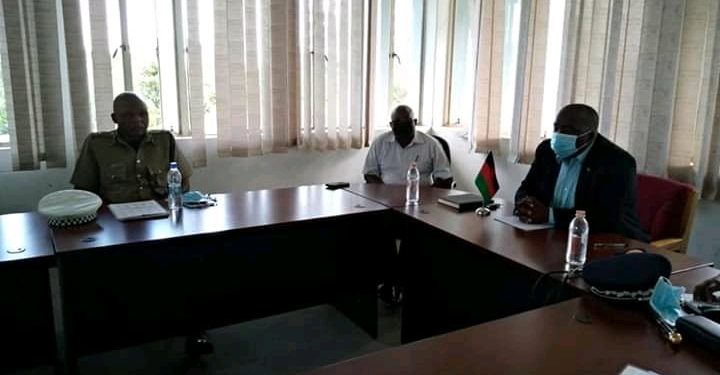 The Minister made the remarks when he addressed the Media today at the Ministry of Homeland Security Headquarters.

In his statement he said that he was happy that the Police Service has managed to reduce crime rate in the last 11 months.

He however decried the number of traffic accidents which have been on the on the increase with a record of 860 deaths from road accidents.

Hon Banda said that most of the reported accidents involved motorbike taxi operators.

On the preparedness of the Malawi Police Service to provide security, the Minister said that the Police will increase it’s presence in towns, townships, trading centres and residential areas.

The Minister further said that there will be increased number on check points in various roads where traffic police and general duty officers will be conducting traffic checks and security checks respectively.

The Minister has also warned all road users to avoid drink driving as a way of avoiding road accidents.

Hon Chimwendo said traffic police have acquired more  breathalyser to enforce the drink and drive law. The Minister said that all persons found driving under the influence of alcohol will pay a fine, have their vehicle
empounded and driving licence revoked.

The Minister reminded the general public that while providing security the Malawi Police Service will also be enforcing the Covid-19 restrictions that have been announced by the Presidential Taskforce on Covid-19.

The restrictions issued a few days ago among others restricts the number of people in public gatherings to 100.