ZIYAYE TO BE BURIED WITH MILITARY HONOURS 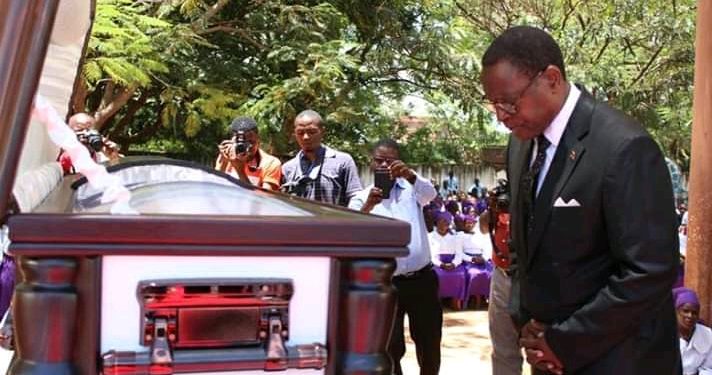 0
SHARES
179
VIEWS
Share on FacebookShare on TwitterShare on Whatsapp

His Grace Archbishop Tarcisius Ziyaye of the Roman Catholic Church will be buried with military honours Office of the President and Cabinet says in a statement.

Zanga-Zanga Chikhosi Secretary to the President and Cabinet says the body of the late Ziyaye is expected to arrive through Kamuzu International Airport around 3 o’clock this afternoon and will be taken to Maula Cathedral in Lilongwe.

The late Archbishop was ordained Catholic priest in 1977, appointed and served as Bishop in Lilongwe from 1994 to 2002. He was Archbishop of Blantyre till he left for Lilongwe in 2013 but served in same capacity till his death.

Ziyaye died on December 14, in Namibia where he was receiving medical treatment.

Meanwhile President Dr Lazarus Chakwera and the Government of Malawi have sent deepest condolences to the Roman Catholic Church.

According to the statement from the OPC the Malawi leader has directed that the late Ziyaye be accorded burial with military honours, in recognition of the late Archbishop’s enormous service to the country.