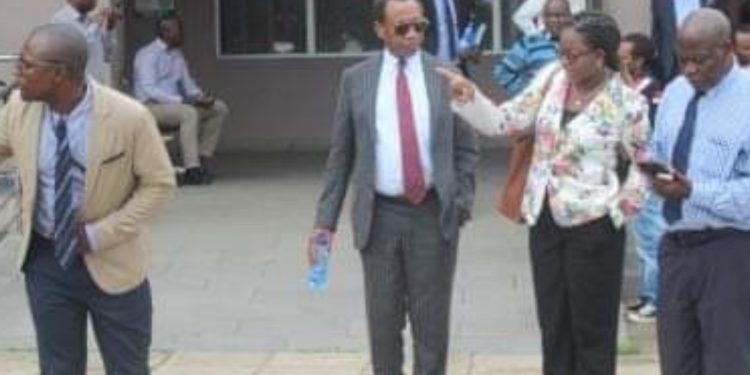 Among others, Mpinganjira’s lawyer Patrice Nkhono submitted that the court must rule that there is no case to answer because the State(ACB) did not bring the evidence of a parcel in the court, which the ACB said it contained the money meant to bribe the five Constitutional court judges.

On the other hand, ACB Director Reyneck Matemba submitted that there is a case to answer because the evidence of Justice Michael Tembo and Justice Healey Potani shows that the accused called and spoke to the judges for the bribery.

During cross examination Matemba outlined several evidences that showed that Mpinganjira indeed was trying to bribe the judges.

Some of the outlined areas used to analyse the evidence are:

1. On the alleged discussions between Mpinganjira, Tembo and Potani. Matemba says the testimony by Judge Tembo and Justice Potani shows that the accused called and spoke to the two judges.

2. On the issue of the parcel, Matemba says the evidence of Judge Tembo and Justice Potani shows that, there was a parcel and the evidence was not disputed.

4. On whether or not the parcel was offered to Tembo or Potani, Matemba says the evidence of Tembo and Potani confirms it. According to Matemba, Potani told the court that the accused asked him if the judges were receiving the parcel. He added that the parcel was not given because he declined to receive it.

5. On claims that Tembo asked the accused to talk more on the project he was undertaking of lending people money, Matemba says there is no evidence supporting that.