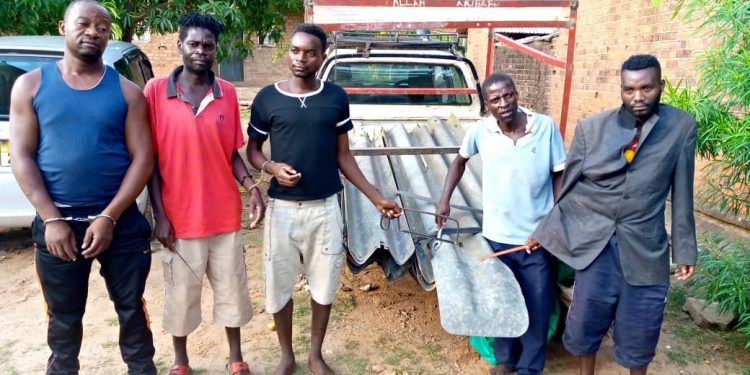 Five suspects are in police custody at Nkhata Bay Police Station for allegedly removing road protective barriers (metal ridges) that are usually fixed on the edges of the road either at sharp bend or along the bridges.

In the early hours of December 10, 2020 Nkhata Bay police received a tip from a community member about a suspicious motor vehicle, registration number BK 5497 Mitsubishi carrying metal objects suspected to have been removed from Nkhata Bay -Dwangwa M5 road edges.

Following the tip, an immediate follow up was instituted which led to the arrest of the suspects just near Dwangwa.

The arrest includes the driver whose vehicle carried the stolen property and the motor vehicle has been impounded for exhibition.

The suspects will appear in court soon to answer three offences leveled against them which include: theft, malicious damage and endangering safety of persons contravening Sections 278, 249 and 344 of the Penal Code respectively.