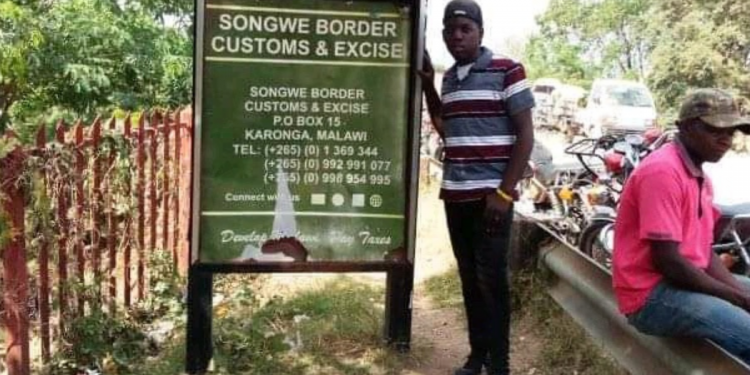 0
SHARES
44
VIEWS
Share on FacebookShare on TwitterShare on Whatsapp

Speaking on condition of anonymity after a visit by this publication at Songwe boarder discovered that there were long lines of people waiting to be assisted.

Some of the traders we spoke to attributed the servicing delays to the shortage of MRA clearing officials at the boarder.

This comes after MRA recently transferred 7 permanent MRA officials at the boarder only to replace them with 5 MRA officials later.

According to those who spoke on condition of anonymity…the delays have affected their business operations since they are spending long hours, days and weeks waiting to be cleared at the boarder by the few MRA officials present.

“Tikumagwilitsa ntchito ndalama zambiri per day for accommodation and food” one of the complainants, a female trader who brings in plastic cooking utensils and clothes said.

“And environment yomwe tikumakhala for two weeks while waiting for clearance siyabwino malingana ndi Covid19” another male trader from Chirimba who was in Tanzania to take clothes chipped in.

The number of people waiting for servicing at the boarder is expected to increase in the coming week with the onset of Christmas and new year holidays when people prefer to travel to Tanzania to buy their needs.