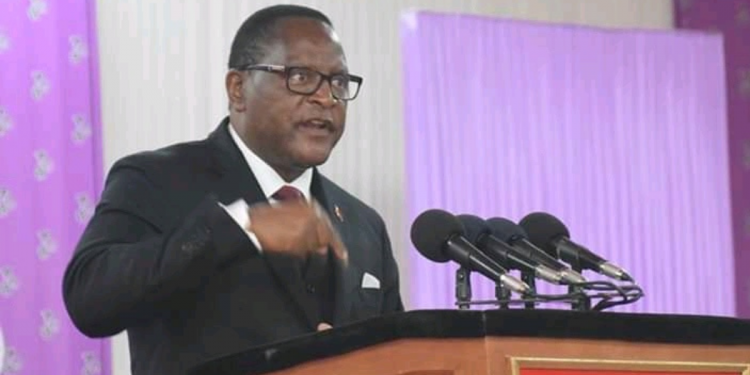 President Dr Lazarus Chakwera has called for more action and concerted efforts to fight corruption in the country saying, “corruption is an evil that needs to be eliminated.”

Dr Chakwera was speaking Wednesday in Blantyre during commemoration of the International Anti Corruption Day which falls on December 9 every year.

The Malawi leader said much as there is a political will from the Tonse Alliance Government the fight against corruption should be the responsibility of every citizen.

President said the drive the Tonse Administration has taken against corruption and the reforms championed by his vice Dr Saulos Chilima should consolidate all efforts towards winning the war against the vice has “impoverished the nation”.

He said more action is needed not just mere lip service. “It is clear to me that we have no shortage of good ideas for making corruption history. But talk is cheap. Or to put it more bluntly, when it comes to corruption, our obsession with talking is too expensive.

Building a new Malawi free of corruption is what Malawians voted for, and it is a task that calls us to be doers, not talkers,” said Chakwera.

The Malawi leader urged heads of institutions in the country to be on top of the game in ending corruption since Malawians have high expectations to see notable changes.

“When Malawians demand more action against corruption, it is you who are on this platform they expect to do more. I would therefore like to urge the Anti-Corruption Bureau, whose leadership is represented here, to not continue the ineffective strategy of working in isolation.

The heads of all government ministries, departments, agencies, and institutions must be
enlisted in your battle plan to be our nation’s first line of defense against corruption,” said the Malawi leader.

Minister of Justice Titus Mvalo said no Malawian can claim to be a stranger to effects of corruption saying, “the vice has led to the retardation of development in the country hence need
to root it out.”

Director General for Anti Corruption Bureau (ACB) Reyneck Matemba said Malawi has not been spared from the adverse effects of corruption he emphasized that, “we need to work together in finding a lasting solution to the cancer called corruption.”

All other speakers during the function concurred that corruption is indeed an evil that needs to be eliminated and called on the academia to include ethical subjects in the curriculum starting from primary school level. They said this will inculcate a spirit of integrity among the youths at the earliest stage.

During the function Chakwera commissioned a 14 member National Integrity Committee (NIC) to champion the Anti Corruption drive in the country.

The membership is drawn from diverse backgrounds including faith based organizations, civil society organisations, media, executive, traditional leaders and the media.

Lately the ACB has regained its lost glory and is on record to have carried out corruption related investigations on high profile cases.