I FEEL HONOURED TO HAVE COLLABORATED WITH DAN LU – SMACKS 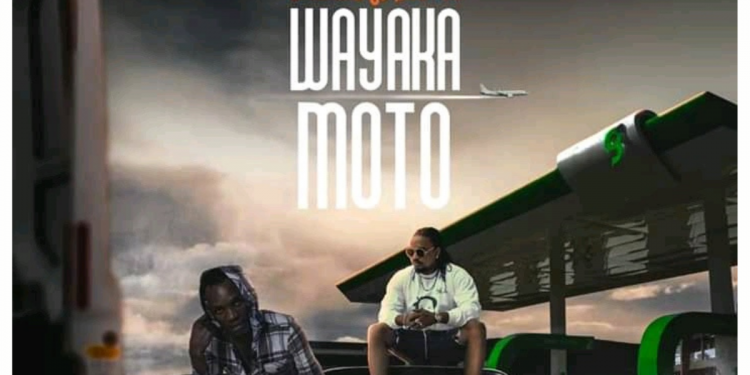 The Afro pop artist , Smacks Kaira has expressed his joy after successfully collaborating with Dan Lu in new track titled ” Wayaka Moto” which was dropped on November 30.

Smacks who was signed by Dan Lu under Rockers band in 2011 as a vocalist , but later quitted, revealed in an interview yesterday that he feel honoured to have teamed up with Dan Lu.

” I was once signed by Dan Lu under Rockers Band. So I feel honored to have collaborated with Dan Lu. It is like I’m connected back to him” , said Smacks.

He added that he is satisfied with how ” wayaka moto ” is performing, saying on Malawi Music website is ranking in top 20 and yesterday it was selected as song of the week for Galamukani on Times Radio.

The song is explaining about a young man who could not be loved because he was poor and now people want to hang around with him because he is doing good.

He said : ” People know me as a love song artist so I came up with this concept to let people know that I can also tackle other issues”.

The song was produced by DJ Ok and Jay Emm.

The duo has promised more fireworks.

“People should expect good music from me and Dan Lu.

” I’m music. So whatever I do is about music only challenge is that I’m limited by resources, but otherwise I’m still pushing to give you the best”, he said.

Smacks has since pleaded with fans to support artists by buying their songs other than getting free music all the time.

” Support us financially by buying our songs because for us to come up with song we need to have money to settle all the costs incurred in the production”, he said .