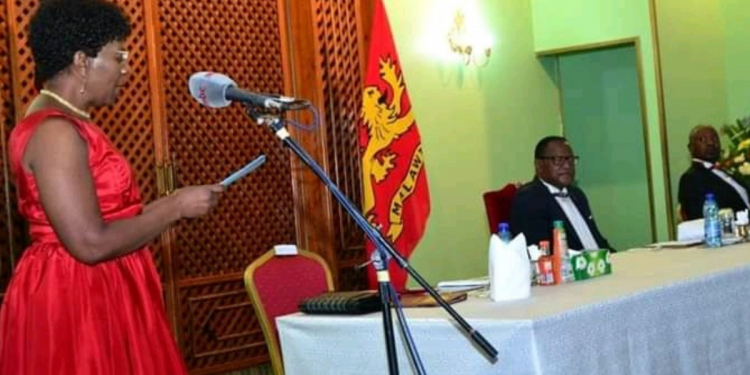 President Dr Lazarus Chakwera on Monday night implored the private sector to invest in infrastructure development of secondary schools for the country to develop.

The President made the appeal to captains of industry when he engaged them during a gala night at Sanjika Palace in Blantyre.

Quoting from famous people such as Mother Theresa, Goerge Washington and Ben Carson, the Malawi leader emphasised “giving was a better measure of success. It’s not how much we
give, but how much love we give that matters.”

He said investing in education infrastructure would in return make “top class centres of secondary schools.”

Chakwera said despite a gloomy picture painted of serious lack of classrooms, “with around you, there is hope that you will equip secondary schools for generations to come.

Education Minister Agnes Nyalonje said the immediate vision of her ministry was construct 34 top quality secondary schools, one in each of the 34 education districts.

She said this will cost K100 billion. “The secondary schools shall be centres of excellence whose quality will compete with Kamuzu Academy.”

Nyalonje assured:”Malawians are ready and have the capacity to take the lead in providing the much needed investment into our education system for the benefit of all our children.”

The Minister added that education “is the catalyst for us to develop and become a middle-income country.”

James Chimwaza, president of the Malawi Confederation of Chambers of Commerce and Industry (MCCCI), said the current state of most secondary schools “is not conducive for
students to attend school and ably gain knowledge as well to develop their cognitive ability.”
He said as the private sector, ” we believe that there are several areas in which we can come in and assist with resources as part of our corporate social responsibility initiatives.”

Chimwaza said while the private sector was willing to take an active role in providing support to the education sector, he appealed to Capital Hill to “provide incentives to businesses
that will engage in this CSR initiative.”

He said the incentives could include “double tax relief for every amount a business donates to a school.”

The MCCCI president said such kind of incentive was operational in Botswana, saying “Malawi could adopt a similar mechanism which could go a long way in increasing CSR initiatives among private businesses.”

The president of the Bankers Association of Malawi (BAM), Kwanele Ngwenya, said his organisation believes that human development plays a critical role, pledging to join the agenda
to invest in human capital.