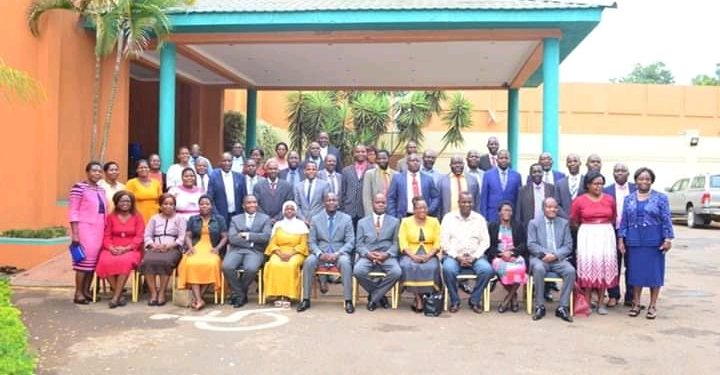 Malawian teachers have been urged to resolve their issues through social dialogue with authorities instead of posting their grievances on social media.

Director for Teacher Education and Development in the Ministry of Education, Misheck Munthali, made the appeal during a teacher’s meeting in Lilongwe.

The United Nations Educational, Scientific and Cultural Organization (UNESCO), in partnership with the Education Ministry facilitated a meeting in Lilongwe to brainstorm on how best social dialogue can be used to address challenges in the education sector without resorting to social media.

Munthali said teachers “must refrain from airing their grievances on social media since it reflects badly on the sector.

“There are several avenues that teachers may follow to have their issues resolved. If left unchecked, this behavior may cause unnecessary tension in the country” said Munthali.

The Education official said social dialogue is “critical because it reduces misinformation and tension.

“Of late we have become a society that runs to the social media before resolving the matter amicably,” he said.

However, during the meeting, teachers stressed the need for a good working relationship between the Ministry, Teachers Union of Malawi (TUM) and themselves.

Speaking on behalf of the teachers, Bertha Lupiya of Mkwichi secondary school said the training was helpful as now they will be able to engage authorities once they have grievances.

“We have learnt a lot that whenever we have problems we can solve them through a social dialogue even in our schools,” said Lupiya.

On his part, UNESCO national project coordinator George Mindano said as an organization they would like to see players in the education sector engaging in constructive discussions.

“Our role is largely to strengthen the relationship amongst players in the education sector,” said Mindano.

He added that they want stakeholders in the education sector to work in a coordinated way.
Meanwhile Ministry of Education with support from UNESCO is developing a national teacher policy that will serve as a guide to the profession.