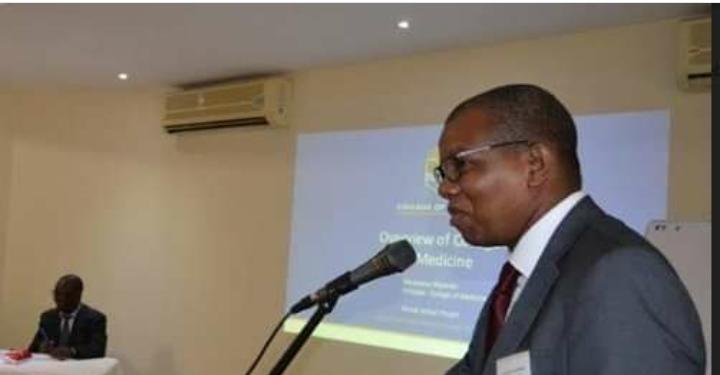 Replaced Principal for College of Medicine (CoM) Mwapatsa Mipando has placed a K70 million claim to the registrar of University of Malawi (Unima) for alleged unfair and unlawful termination of his contract.

Mipando, appointed as principal for CoM on a four-year contract effective August 3 2015, wrote the Unima registrar Benedicto Wokomaatani Malunga, notifying of the expiry of his contract and expressing interest to continue serving during the on-going delinking of the Unima, according to his lawyer Bright Theu.

Theu, in an interview yesterday, said they sent the demand letter on November 20 2020 and was received same day, but as of yesterday, there was no acknowledgement of receipt. The lawyer said they were considering a next step to take.

Unima Council chairperson Jack Wirima, yesterday, declined to comment when asked how the Council was intending to deal with the matter, arguing that he considered it as a matter that was in court.

Theu, in the demand letter to Unima, said his client’s request to continue serving was in keeping with the 111th Unima Ordinary Council Meeting’s resolution, that pending completion of delinking, all senior management of the colleges should be offered two-year contracts, subject to automatic termination if delinking occurs earlier.

“This resolution was followed through by your letter dated July 10 2018, in which you directed that two-year [long] contracts should be offered to those whose contract would be expiring.

“In keeping with that resolution, the College of Medicine’s finance officer and the vice-principal were offered two-year contracts.

He said Unima Council chairperson assured Mipando that his contract would be renewed based of the Council’s resolution, but that did not happen.

“Meanwhile, council continued to involve our client as principal without any qualms at any point for over one year. We hold that our client’s contract had been tacitly renewed for two years, ending August 2021, unless delinking is completed earlier.

“As at the time of termination—November 6 2020, delinking has not been completed and there is no definitive time when it will be completed,” Theu argued.

“On our reading of the applicable law, this ‘Mwaiwathu affair’ hardly passes for a council meeting that would resolve to terminate our client’s contract prematurely.

“This is clearly abrupt and disregards any consideration of notice as a fair labour practice. The termination of our client’s contract is spiteful, harsh, inconsiderate, and in any event unconnected to any lawful reasons that would warrant it,” Theu argued.

He said his client deserves the compensation of K70 million.

“This sum represents his net earnings, perks and loss of use of the motor vehicle he was entitled to use computed at the prevailing cost of hiring a similar vehicle.

“This is all for the period of 10 months, up to when his two-year contract would have terminated by effluxion of time. It also represents a mark-up for the distress and anxiety caused by this abrupt, inconsiderate, unjustified, wanton and patently whimsical termination,” the lawyer explained.