Chilima for stiff sentences on rapists 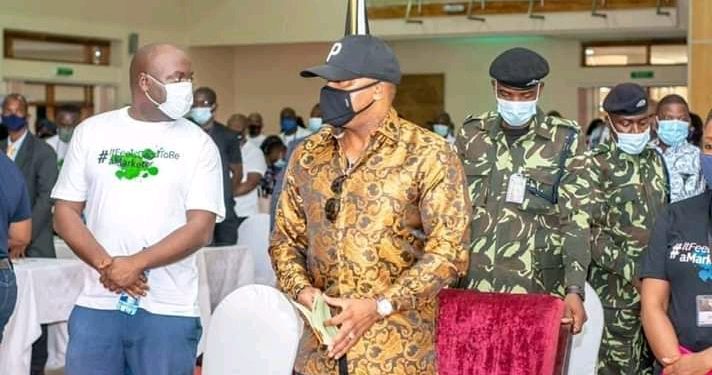 Vice-President Saulos Chilima has challenged lawmakers to come up with legislation that will ensure stiff sentences for perpetrators of sexual violence.

Chilima made the call on Saturday at the Women Lawyers Association (WLA) networking breakfast in Lilongwe organised as part of their annual conference and general meeting.

Chilima’s call comes at a time the country has experienced unprecedented increase in cases of sexual violence against women and children, something that has attracted nationwide condemnation

“We have heard lamentations about violence against women and cases of rape and child defilement; my challenge, therefore is; can we begin to draft pieces of legislation that will give serious penalties on the perpetrators? Otherwise they will continue to think that what they are doing is right,” said Chilima.

The Vice-President, who is also the president of UTM, also commended the women lawyers and other human rights defenders for promoting justice and defending human rights.

He advised them to stay steadfast with advocacy despite threats and intimidation.

“Women in Malawi continue to play a strategic role in promoting justice and defending human rights. The Tonse Alliance is aware of the crucial and pivotal role that Women Lawyers Association played in several landmark court cases in the country.

“Topping the list is the constitutional electoral case as well as the Msundwe Case where the court found that the rights of the women were violated. My advice is that you should remain strong and soldier on with advocacy despite the threats and intimidation that come with it,” he said.

In her response, WLA outgoing president, Tadala Chimkwezule said the organisation will work on recommendations to send to the Office of the President and the Vice-President.

“The association has been appointed into the presidential taskforce against rape and defilement, so the contributions that have been made here will be taken to the taskforce which has other stakeholders such as the Judiciary, Parliament and others. We are certain that we will work on something that can be submitted to the office of the President and the Vice-President that will speak to what he has challenged us to do,” she said.

Chimkwezule also said with the ongoing 16 Days of Activism against Gender-based Violence (GBV), the networking event served as a way of fostering the mutual commitment to GBV and ensuring women economic empowerment and advancing the protection of women human rights defenders (WHRD).

United Nations resident coordinator Maria Jose Torres bemoaned the various kinds of abuse levelled against women human rights defenders such as physical attacks and public shaming, among others, used to silence them.

She proposed the need for the government to uphold the principle of do no harm, to protect lives of women human rights defenders, victims, witnesses, and their families.

“Formulate protection policies and programmes that focus on eliminating the structural causes of violence against women and adopt specific measures to prevent, investigate, and publish those responsible for the abuse and violence perpetrated against them,” she said.