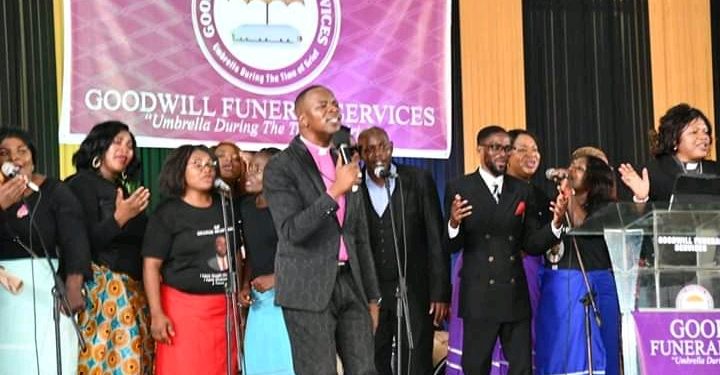 0
SHARES
115
VIEWS
Share on FacebookShare on TwitterShare on Whatsapp

The sombre veil that engulfed Robins Park in Blantyre was partly lifted as musicians gave out their best at a memorial concert set in honour of gospel artist George Mkandawire who passed on last week in Zambia.

However, a surprise package of the day was a performance from the Minister of Trade Roy Kachale Banda who did a rendition of ‘Zapadziko’ with Eric Paliani on the guitar.

“I, George and Eric were playing together in a school band at Phwezi Secondary School and this is like a reminiscence of those days,” he disclosed. Delivering a message of condolence from President Dr Lazarus Chakwera, Tourism and Culture Minister Michael Usi said Mkandawire’s music touched a lot of people in so many ways.

“The president is mourning together with all of us. He would have loved to be present in person, but he is engaged today,” said Usi.

Concurring with Usi, Presidential Advisor on Arts and Youth disclosed that President Chakwera had condoled the bereaved family with K1 million.

During their eulogies, artists San B, Dan Sibale, Diwa Khwiliro all expressed the need for Malawi to preserve Mkandawire’s music.

Delivering his sermon, Bishop Chimwemwe Mhango said, “Malawians should stop being judgemental on a person’s character. Let’s leave that role with God.” Born on July 1,1974, Mkandawire is survived by a son.