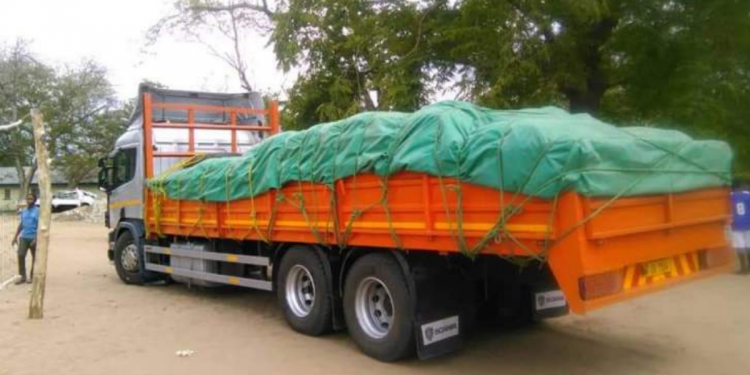 Police Officer in Charge, Senior Assistant Commissioner Jane Mandala, said the bags were intercepted at Kamuzu Bridge roadblock and the law enforcers are conducting investigations as the fertilizer is suspected to be meant for the Affordable Inputs Programme (AIP).

Agriculture officials and Member of Parliament for Chikwawa Nkombezi, Abida Mia went to the police station upon hearing about the interception.

“We are worried when we see such a big number of bags of fertilizer being taken away from my area. People are complaining that their IDs are being snatched,” said Mia.

Program Manager for Shire Valley Agricultural Development Division, Francis Mlewa, suspected that the fertilizer may have been stolen or bought from beneficiaries of the AIP.

According to reports, a cabinet minister in the Tonse Alliance administration contacted Chikwawa Police chief Mandala demanding the release of the truck but Mia and Owen Chomanika of Chikwawa North have directed that the trucks should remain detained until investigations are completed.