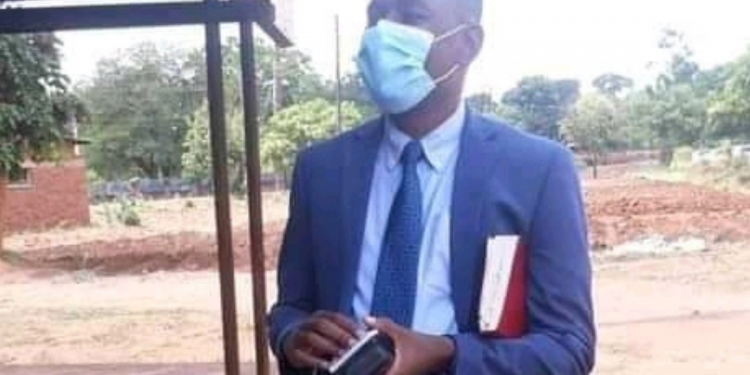 Before the first witness could testify, his lawyers asked to have the case adjourned pending a review by the High Court on whether Chisale should face trial or not for using a fake certificate.

The Defence said the incident happened over 20 years ago and that Chisale left Malawi Defence Force where he is alleged to have joined using a fake certificate.

However, the State has asked to have the matter continued saying the review process might take long.

Senior Resident Magistrate Shyreen Chirwa then adjourned the case to Friday to decide on the application by Chisale’s lawyers.

Chirwa however said the court cannot go hunting for the file that has been made in the High Court. She said the defence needed to show that there was such an application.

Then Chirwa ordered that the case will proceed and State should parade witnesses.

Pythias Hiwa, whose junior certificate of education (JCE) is suspected to have been used by Norman Chisale, told the court that in 1996 he went for Malawi Defence Force recruiting exercise in Ntcheu but was not successful as MDF wanted 16 people and he was number 17 on the line.

He then went to leave the certificate with his younger brother at his home village after being left out. However, he was surprised to get a call from his uncle that he had been picked to join MDF. He then inquired about his recruitment but discovered a different person by the name Pythias Hiwa had been employed.
He later went to his home village to check his certificate, only to be told that Norman Chisale had picked it.

Hiwa then tried to take legal action but his efforts were fruitless.
He narrates that in 2012 some soldiers got to know him (Hiwa) after he secured another job in Lilongwe. They were surprised that he had the same name as that which was being used by Chisale.

He said Chisale later visited him in Lilongwe and asked him if he was aware that his brother was in South Africa to which he answered that yes. Hiwa said he was later advised by some people not to sleep at his house of which he honored.

He was later informed by his wife that Chisale had been to his house and came with papers. He said his visit was not in good faith saying he was told that Chisale wanted to get rid of him.

Hiwa told the court that he went to complain at MDF but was later being hunted by Chisale. He said he fled to another country to save his life.

Hiwa said he is yet to recover his certificate. He laments that he missed many job opportunities because of lack of a certificate and that affected his life.

In cross examination, Hiwa said he never reported to Malawi Police Service that his certificate had been stolen in 1996 and has never been to police to report the case.

He said it is only this year that the police approached him about his certificate.

The only efforts he made to fight for his certificate was to go to Legal Aid Bureau, Anti-Corruption Bureau and Military Police.

However, at Legal Aid Bureau he said he felt he was not being assisted while at ACB, the person who was handling the case died.

At Military Police he was told to wait for the outcome of the case.