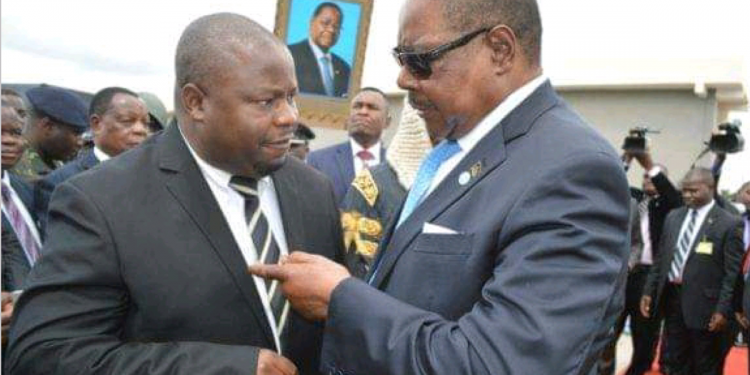 Vice President for the Democratic Progressive Party (DPP) has agreed to relinquish his self endorsed seat as leader of opposition for Francis Kasaila whom President of the Party Peter Mutharika chose.

This follows a meeting which was held on Sunday between the warring parties in Mangochi where the former President resides after being ousted from power.

Among other resolutions which Metro.com understands and has verified with its Spokesperson Brown Mpinganjira, Nankhumwa has undertaken to direct his legal team to seek an indefinite adjournment of the case in which he is challenging the party from removing him from the Vice presidency as well as his membership.

Mpinganjira said this is to pave way for the resolution of the matter by the parties to the case through mediation using the existing structures for dispute resolution within the party.

The Publicist also communicated Mutharika will immediately report to the Central Committee for guidance and implementation of the agreed terms.

“In this regard, mechanisms will be worked out immediately to look at all issues in contention and to resolve them,” Mpinganjira said.

It is understood Mutharika was flanked by two senior party officials Goodall Gondwe and Samuel Tembenu during the meeting.

Mpinganjira has since said there will be no public statements by the contestants or their proxies on this matter until they have reached a resolution.

“All official communication on this matter will only be made through the office of the Party Spokesperson,” he said.