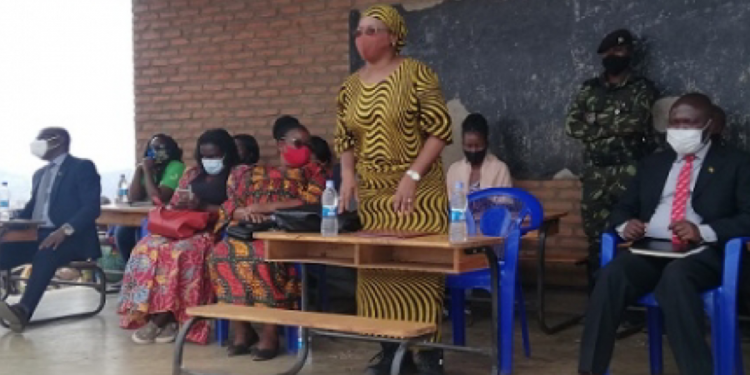 Minister of Forestry and Natural Resources, Nancy Tembo, has said addressing forestry challenges requires innovation, resources and efforts from all stakeholders in order to ensure sustainable economic growth and development through proceeds realised from the country’s natural resource base.

The Minister was speaking in Lilongwe during the launch of the Malawi Clean Cooking Fund.

The Malawi Cooking Fund is a US$1.1 million performance-based grant fund designed to increase the supply of, and demand for alternative cooking energies and fuel-efficient cooking technologies in the country, as well as the supply of sustainable wood fuels from well managed forest resources.

She said the country’s economic development and social wellbeing depends, to a large extent, on natural resource base and yet forests are under intense pressure from a variety of factors.

Tembo expressed concern that the country was losing much of its forest cover due to wanton cutting down of trees which has a negative effect on other natural resources, energy and health.

“While I was growing up, forests covered more than half of our land but sadly the situation has changed now. Annually, we are losing 0.63 percent of forest cover which is roughly 15, 000 hectares per year,” she said.

He said there are great entrepreneurs in the country making stoves hence the fund was an opportunity to improve stove designs which could save half the charcoal being used.

“We are talking cooking fuels and cooking technologies. Having an improved version of cooking fuel is probably the easiest change to make,” Kanaan said.

USAID Malawi Deputy Mission Director, Fenton Sands said the motivation to fund the activity was based on deforestation and heavy use of charcoal in urban areas.

“We had a project that tried to work with the forest and we figured that this time we need to work with the main side of charcoal. That was the basic motivation behind trying to get innovation on how to tackle primarily the urban demand for charcoal and firewood,” he said.

Modern Cooking for Health Forests in Malawi (MCHF) is implementing the five-year activity whose target is to have an alternative cooking energy on an improved technology in 30 percent of urban households. It is being funded by the United States Agency for International Development (USAID) and UKAid.

Foreign Commonwealth and Development Office (FCDO) Deputy Development Director, Martin Dawson described the initiative as interesting saying it would accord the private sector come up with innovative ideas to use ground resources carefully.

He said the initiative was a good point of view in managing forests, climate change and health issues.

“This is a huge opportunity for people to be innovative to good solutions. It is all about making positive change. It’s good to push for alternative sources as this is being implemented.

“What we hope for is that the private sector to be involved and engage whatever products are designed that are marketable and affordable in order to sustain the initiative,” Dawson said.

It is estimated that unsustainable natural resource use is costing the country more than US$191 million which is 5.3 percent of the Gross Domestic Product (GDP) each year.

The Fund is structured to support and improve adoption of market based improved cook stove and sustainable fuel supply chain solutions in urban areas and the delivery and adoption of fuel-efficient cooking technologies in selected rural areas.

The Fund will provide financing to the innovative entrepreneurs that have the creativity and business vision to transform cooking and change history in the country.