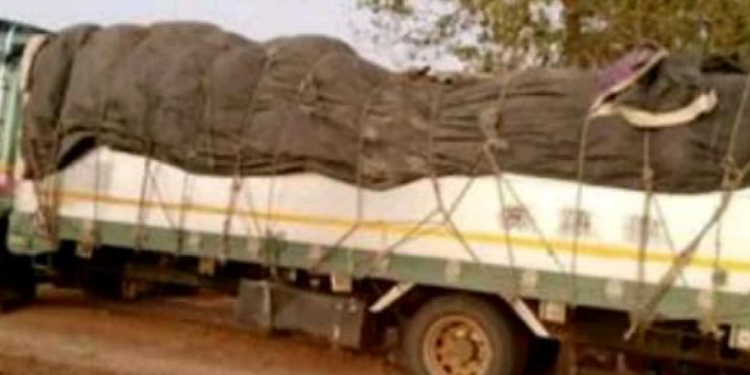 The Malawi Revenue Authority (MRA) has intercepted 146 bags of Indian Hemp following a speed chase of a 5-tonne Isuzu lorry in Blantyre.

Head of MRA Corporate Affairs Steven Kapoloma said the lorry, registration MHG 4906 and belonging to Frederick Chiuja from Mangochi, was intercepted last Sunday after it had passed through the MRA roadblock at Lirangwe without stopping for inspection.

Kapoloma said this raised suspicion and prompted a speed chase of the lorry by MRA officers who were accompanied by Police officers.

“The lorry then turned into a dirt road towards Machinjiri and our officers and the Police continued the chase. The Police then fired into the air and that is when they abandoned the lorry,” he said.

Kapoloma said the team called for assistance and upon inspection of the lorry, they found 146 bags of Indian Hemp.

He said that MRA has handed over the the bags to South Lunzu Police station who have since delivered the illicit drug to Ndirande Police station.

“This is not the first time for MRA to intercept Indian Hemp. Apart from collecting revenue, it is also our mandate to protect Malawians from the importation of prohibited goods which pose a health risk,” Kapoloma said.
The value of the 146 bags is yet to be determined.