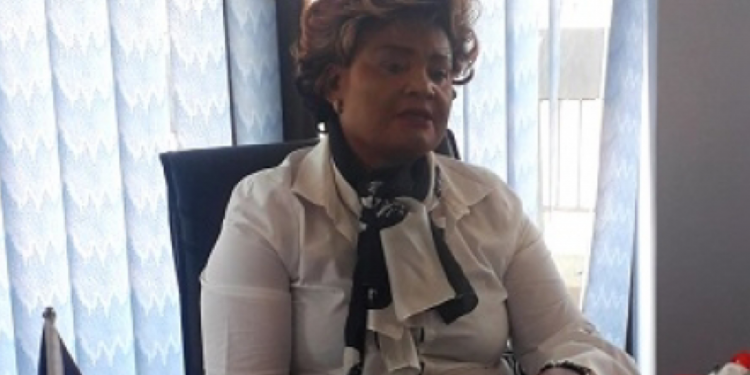 Several activists have asked the government to setup a special division at the High Court to ensure there was swift and just handling of Gender Based Violence (GBV) cases.

This was said ahead of the launch of Global mobilization of 16 Days of Activism Campaign to run from November 25 Until December 10 2020 under the localised theme: “Unite to End GBV: Prevent, Report, Respond, Fund!”.

The proponent of the potential game changer is NGO Gender Co-ordination Network Chairperson; Barbara Banda who implored with the Ministry of Gender to ensure the idea has been realized.

“GBV issues have been prevalent lately which calls for new, efficient ways of combating them.

“I urge with the Ministry of Gender that it should spearhead setting up this special division for handling GBV cases in collaboration with the Justice department,” she said.

Commenting on the topic was the UN Women Resident Representative, Clara Anyangwe who emphasized that if adopted, this could play a pivotal role in the fight against GBV.

“Currently, it has been observed that there are delays in solving these issues as well as giving culprits less punitive punishments.

“So, this special division would guarantee comprehensive analysis on issues in a new way that gives better results,” she said

Minister of Gender, Patricia Kaliati gave a stern warning to Sangoma’s (Witchdoctors) who promise people riches and in return they sleep with minors as a condition for the fulfillment of the process.

“It has come to the attention of the authorities and the public that witchdoctors are one of the underlying factors responsible for the rapid rise in rape and defilement cases.

“I want to caution everyone who is involved in this that they should put an end to this immediately or else they will be arrested,” she lamented.

16 Days of Activism Campaign is internationally commemorated yearly with the aim of eliminating GBV and this year’s color is orange; a unifying color and symbol of a brighter future that is free from GBV.

This year’s theme calls for coordinated efforts among different stakeholders in addressing as well as emphasizing on the need for reporting of GBV incidences.

This year’s launch of the 16 Days of Activism against Gender Based Violence Activism Campaign will take place at Makawa Primary School Ground in the area of Traditional Authority (TA) Mponda in Mangochi District on Wednesday, November 25, 2020.

The launch event will be decorated with various interventions such as: performances by Lucius Banda and Lulu, Malawi Prison Brass Band, YONECO Children’s Band, testimonies, Solidarity march; speeches and dances among others.