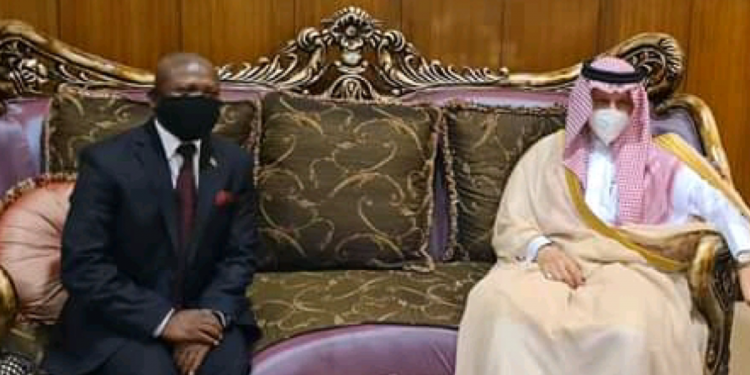 0
SHARES
68
VIEWS
Share on FacebookShare on TwitterShare on Whatsapp

Honourable Ahmed Abdul Aziz Kattan, Minister of State for African Countries Affairs of the Kingdom of Saudi Arabia has arrived in Malawi for a two – day working visit.

While in Malawi, the Saudi Arabia Minister, will, among other things, hold bilateral talks with His Excellency Dr. Lazarus McCarthy Chakwera, President of the Republic of Malawi, and Honourable Eisenhower Nduwa Mkaka, M.P., Minister of Foreign Affairs.

The visit is expected to strengthen the long-standing diplomatic relations that have existed
between Malawi and Saudi Arabia since 1999. The visit will further deepen the socio- economic and political cooperation between the two countries.

Saudi Arabia is crucial to Malawi’s food security as most of fertilizer imports originate from Saudi Arabia. Malawi also benefits from this diplomatic relationship in form of access to soft loans through the Saudi Fund for Development (SFD).

The Teachers Training Colleges in Rumphi, Mchinji and Chikhwawa and the Thyolo Makwasa Road Project were also partly funded by the Saudi Fund for Development.

On the other hand, Malawi has been supporting Saudi Arabia candidatures in international oragnisations.